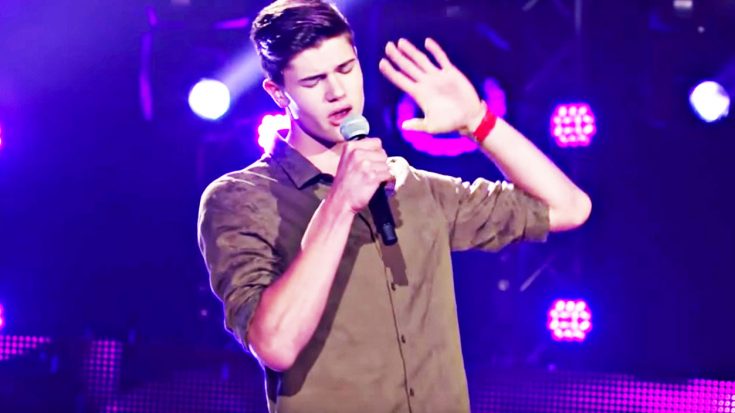 This country music anthem is one of the most popular songs for musicians to cover and, at one point, AllMusic listed more than 300 recorded versions of the song by different artists – but none more memorable than Elvis Presley‘s sparkling 1972 release!

Tackling this timeless classic, 16-year-old Benedikt Kostler brings his best game to the stage and blows all of the coaches out of the water with his blind audition for The Voice of Germany!

Earning a four-chair turn, this youngster proved that he has what it takes to compete with the best talent in all of Germany, and all of the coaches agreed – slamming their buttons and turning their chairs after just a few sweet notes!

Kostler’s version of this Elvis Presley classic features gravelly low notes and a precision chorus that will have you swaying in your chair before you even know it!

Back in 1972, Presley wasn’t the only one to try and nail a chart success with this famous tune and little Brenda Lee also had issued a release that same year – but only one of them garnered enough radio play to break into the Top 20 on Billboard’s Adult Contemporary chart.

Not long afterward, Willie Nelson issued his own rendition of “Always On My Mind” that became a number one hit for him on the Hot Country Singles chart and quickly earned him three Grammy Awards for Song of The Year, Best Country Song, and Best Male Country Vocal Performance.

Once you hear the first few notes leave this talented teenager’s lips, you’ll know exactly why all four judges think he has what it takes to be the next winner of The Voice of Germany!

Check out Benedikt Kostler’s cover of “Always On My Mind” In the video below and let us know what you think in the comments.