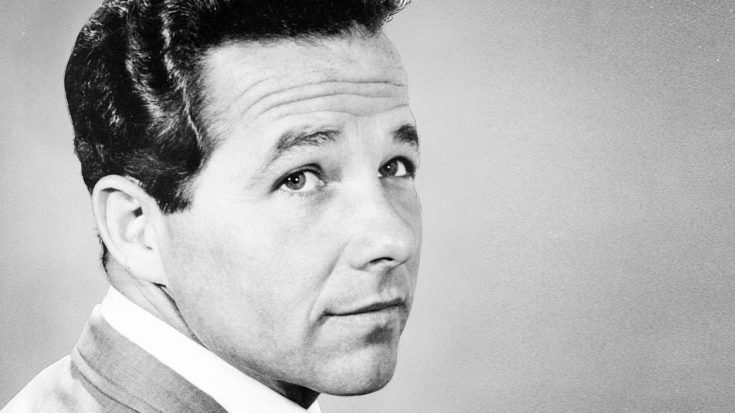 Billy Mize was born in Arkansas City, Kansas, but would forever become associated with the state of California. He grew up in the San Joaquin Valley of the state, and it is there that he discovered his passion for music.

As a child, Mize learned how to play the guitar. When he turned 18, he was gifted with a steel guitar for his birthday, and he instantly fell in love with the instrument. He would later become known throughout the country music community as an expert steel guitar player.

Mize found his claim to stardom through TV, and kicked off his career on Herb Henson’s The Cousin Herb Henson TV Show in 1953. From that moment on, Mize was a California country music staple, and helped pioneer what we now know as the Bakersfield Sound.

As a singer, Mize was best known for the song “It Hurts to Know the Feeling’s Gone,” which reached the 31st spot on the country chart. He earned the highest of praise from country music legend Ray Price, who once said Mize was his “favorite country singer.”

Bakersfield.com quotes music writer Scott B. Bomar, who elaborated on how influential Mize was as an artist:

“Billy was a crucial player in the birth of the Bakersfield Sound, but his polished style and refined vocal delivery set him apart from his peers.”

Although Mize’s contributions as a singer certainly can’t be ignored, he was more well-known for the other facets of his career. As a respected steel guitar player, Mize was a fixture in Merle Haggard‘s band, and played on a number of his famous hits.

But it was through his TV work that Mize managed to reach the biggest audience. As Bomar said, “He could have just as easily been a star of the silver screen had he not chosen a life in country music.”

Mize became the host of the Trading Post show after Hanson suffered a heart attack in 1962. He remained the show’s host for several more years, until it eventually ceased filming.

In addition to Trading Post, Mize also hosted Gene Autry’s Melody Ranch. The former show filmed in Bakersfield, while the latter was shot in Los Angeles. As a result, Mize tacked 3,000 miles on to his pink Cadillac per week as he drove back and forth between the two sets.

Mize was rewarded for his television work by the ACM, which awarded him the TV Personality of the Year award for three years in a row, from 1965-1967. He remained active in the music industry throughout the coming decades, even after he suffered a stroke in 1990.

Sadly, at the age of 88, Mize passed away in a nursing home on Saturday, October 28. As you can tell, he left behind quite the legacy to remember him by.

Mize is survived by his daughters Karen and Marji, and his many grandchildren. His services were held on Tuesday (November 7) at the Hillcrest Memorial Park and Mortuary in Bakersfield.

Our hearts and prayers go out to Mize’s family during this sad time. We’ll miss him dearly.