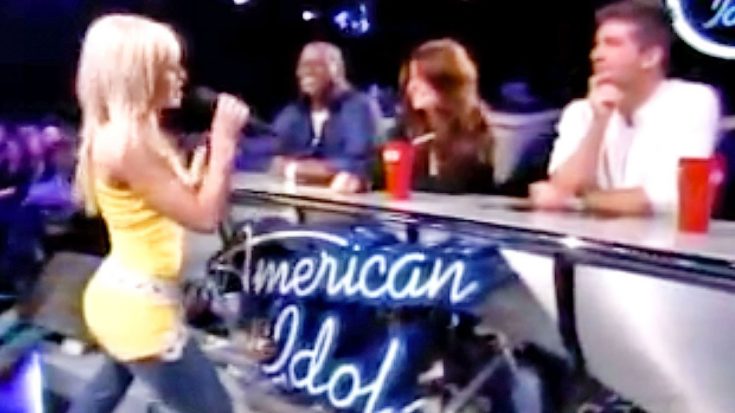 The world first fell in love with the hilarious and humble spirit that is Kellie Pickler following her emotionally-charged audition on Season 5 of American Idol. First charming the socks of the judges with her adorable personality and whit, the North Carolina-native had the nation wrapped around her finger the moment she began to sing.

With a pocketful of sass in her boot cut jeans, Pickler immediately had the judges under her spell the second she walked through the doors. Following her spot-on delivery of Kelly Clarkson’s “Since You’ve Been Gone” as well as Martina McBride’s “Broken Wing,” the quirky 19-year-old earned her “Golden Ticket” to Hollywood.

In one of her final performances on Season 5 of the hit singing competition series, Pickler delivered a sassy rendition of Patsy Cline‘s iconic song “Walkin’ After Midnight.” The talented blonde sashayed around the stage during her performance and even approached the judges’ table to sing to them directly! She wasn’t afraid of anything!

“Walkin’ After Midnight” was released in 1957 by the late country music icon, which went on to become her first major single.

You can watch Pickler’s performance of “Walkin’ After Midnight” below.