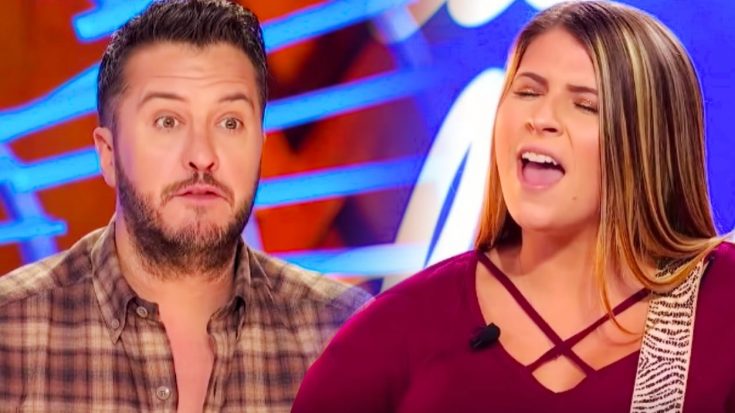 On American Idol, two things help a hopeful contestant stand out: a powerful voice and an interesting backstory. 17-year-old Kansas native MaKayla Brownlee checked off both of those boxes.

When Brownlee auditioned for the 18th season of Idol, the judges asked her to introduce herself and describe her passions. Of course, she said she loved singing, but also mentioned another hobby of hers.

Brownlee shared that she loves to go snake hunting!

By “hunting,” Brownlee means that she looks for snakes and tries to catch them. She says they are most active at night, which is when they come out to feed on minnows in the water.

Brownlee said she’s been bitten every time she’s caught a snake, but that doesn’t stop her. She continues to catch them every weekend, which is when she likes to go camping.

The judges were already amazed by the teen, who Luke Bryan dubbed a “snake charmer.” Then, she went on to charm them with her performance of one of the most emotional country songs ever recorded.

Brownlee auditioned with “Travelin’ Soldier,” which was released by the Dixie Chicks in December 2002. The song went on to claim the top spot on the Hot Country Songs chart and peaked at the 25th position on the all-genre Billboard Hot 100.

The judges were enchanted by Brownlee’s sweet and sincere delivery of the song. After she finished performing, Lionel Richie specifically mentioned a yodel-like quality to her voice, calling it her “signature” sound.

“You’ve got this little yodel cry that’s a real magic trick you’ve got,” he said.

“What a surprise, like a snake in the water,” Katy Perry said. She then went on to compliment Brownlee even further, saying, “MaKayla you’ve got a really good voice on you.”

Bryan warned Brownlee that she would face some stiff competition among the other female country singers moving on to Hollywood. But he offered her some words of encouragement, saying, “I’m ready to see you get in there and shake it up.”

With that, all three judges voted to give Brownlee a golden ticket so she could shake things up in Hollywood! Tune in to the video below to see the performance that helped her get to that point.

She catches snakes and she can sing…now that’s one well-rounded country gal!