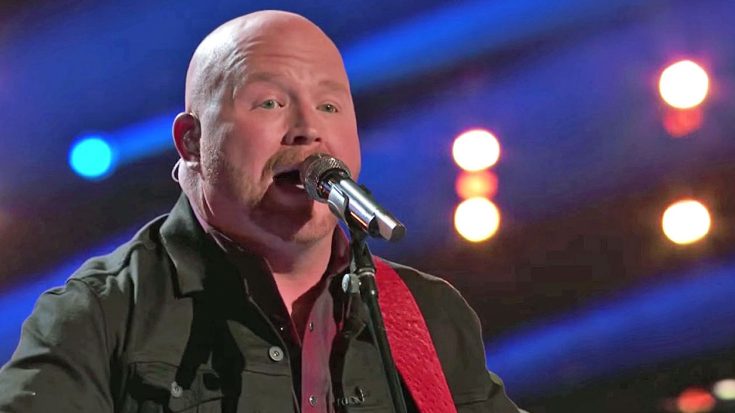 In December 2017, The Voice made a big cut to help narrow the field for the finals. Eight contestants entered the semifinals that night, but only four walked away with a spot in the finale.

Early on, three contestants were announced as safe based on America’s votes. Two more were cut, leaving three others to fight for the last remaining spot in the finale through a series of Instant Save performances.

The three contestants who entered the Instant Save round were Adam Cunningham (Team Adam), Noah Mac (Team Jennifer), and Red Marlow (Team Blake). With a ton of pressure weighing on them, the contestants brought their all to their performances. That effort paid off where Marlow was concerned, since he was the lucky contestant who won the majority of America’s votes.

Please look at the smiles from @adamcunninghamofficial and @noahmacmusic this is nothing but CLASS!!

Staying true to his country roots, Marlow went for one of Alabama‘s most well-known hits. The song he selected was “Dixieland Delight,” which Alabama released as a single in 1983. The song ended up topping the country charts in both the U.S. and Canada, and has been an Alabama fan-favorite ever since.

Despite the immense pressure he was under, Marlow managed to deliver a lively and confident performance of “Dixieland Delight.” The song automatically carries a fun-lovin’ vibe, which Marlow managed to enhance with his energetic delivery of the lyrics.

Since his future was literally on the line, we think it’s quite impressive that Marlow was able to put forth such a high-spirited performance with no signs of nervousness. Apparently viewers felt the same, since they voted for him to continue on in the competition!

In case you missed The Voice back in the day, you can tune in to the video below to catch Marlow’s performance of “Dixieland Delight.” We’re excited to see what else he has to offer for us in future!