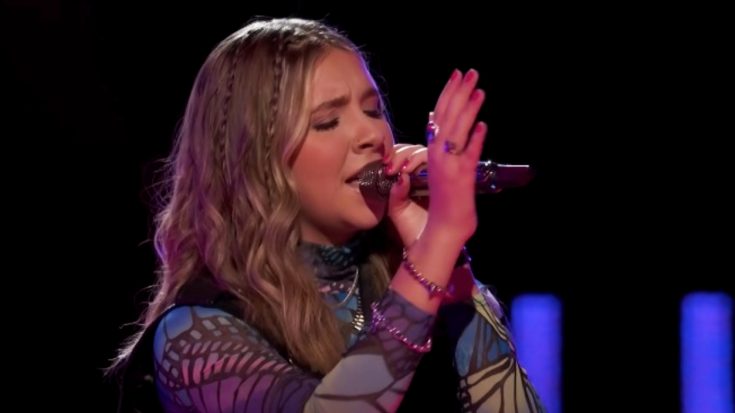 Olivia Newton-John passed away on August 8, 2022. Scores of tributes followed, with many people opting to sing her famous solo from Grease, “Hopelessly Devoted to You.”

“Hopelessly Devoted to You” was not included in the original stage production of Grease. It was created specifically for Newton-John to perform in the 1978 film.

The song ended up receiving an Oscar nomination for Best Original Song.

Now, months after Newton-John passed away, she is continuing to be honored with musical tributes. One such tribute came from 17-year-old Rowan Grace, who is currently a contestant on The Voice and a member of Team Blake.

Grace advanced through the auditions, battles, and knockouts to perform during the first live show as one of the Top 16 contestants. She performed “Hopelessly Devoted to You,” and viewers were blown away by her rendition.

“Rowen’s [sic] an amazing singer and if Olivia Newton John was still here, she would’ve loved what she did to that song! She’s definitely a dark horse in this competition!”

“The clarity in Rowan’s voice is so immense. The fact that she’s young and she already has that control and vocal agility, it’s INSANE!!!”

“Crying my eyes out wishing Olivia could’ve seen this beautifully perfect cover. Thank you so much for singing her gorgeous song.”

“Goosebumps! Definitely a lot of emotion in this performance, that it gave me goosebumps. I am in awe!”

Head to the video below to watch Grace honor Newton-John with her Voice performance of “Hopelessly Devoted to You.” It was a stunning tribute to an iconic artist.