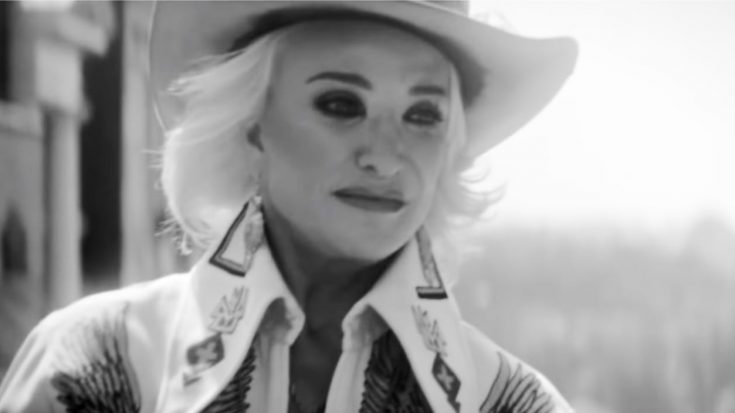 When Tanya Tucker sings at the Grammy Awards on Sunday (January 26), she will be thinking of a dear friend she lost this week.

Taking to Facebook on Wednesday (January 22), Tanya wanted her fans to know her “sweet friend” Lisa Nygard passed away the previous morning (January 21) after a battle with breast cancer.

“God bless and keep my sweet friend Lisa Nygard in your loving arms,” Tanya wrote. “She lost her battle with breast cancer yesterday morning in Canada.”

Lisa was the sister of another good friend of Tanya’s, Peter Nygard. “Peter has donated millions to cancer research,” Tanya wrote. “I only wish it could have saved her.”

??? God bless and keep my sweet friend Lisa Nygard in your loving arms. She lost her battle with breast cancer yesterday…

Further in her post, Tanya shared that she spoke with Lisa back in October and sent her a copy of her new album, While I’m Livin‘. After listening to the record, Lisa called Tanya to let her know “Bring My Flowers Now” was her favorite song on the album.

Now, that song is up for three Grammys. “Bring My Flowers Now” was nominated for Best Country Solo Performance and Best Country Song. It also earned a nod in the all-genre Song of the Year category.

Tanya is the only country artist to be recognized in any of the Grammys‘ all-genre categories this year.

? So grateful! Thank you to the @recordingacademy for thinking of me, and thank ALL OF YOU for being such a support system for me this year! I can't wait to see what 2020 has in store for us. It's gonna be a wild one! ⁠ ⁠ ⁠ ⁠ ⁠ ⁠ #TanyaMotherTucker #realcountrymusic #bringmyflowersnow #whileimlivin #thewheelsoflaredo #hardluck #BrandiCarlile #ShooterJennings #outlawcountry #newcountrymusic #countrymusic #outlaw #waylonjennings #country #willienelson #outlaws #nashville #countrysong #madeintheusa #countrystyle #johnnycash #cowgirl #cowboy #thehighwaymen #outlawmusic #grammys

In addition to those nominations, While I’m Livin’ is also up for Best Country Album.

With so many nominations under her belt, it makes perfect sense why the Recording Academy asked Tanya to perform during the Grammys.Tanya will be joined on stage by Brandi Carlile, who co-produced While I’m Livin‘ with Shooter Jennings.

While writing about Lisa’s passing, Tanya revealed she will perform “Bring My Flowers Now” during the Grammys, saying she will have Lisa on her mind while she sings.

“…I will be thinking of you Sunday night when I’m singing it on the GRAMMY stage,” Tanya said in reference to Lisa and “Bring My Flowers Now.”

In Lisa’s honor, please enjoy the official music video for “Bring My Flowers Now.” It’s no wonder why it was her favorite song on Tanya’s new record.

Our thoughts and prayers go out to the Nygard family and Tanya as they mourn Lisa’s passing. May she rest in peace.