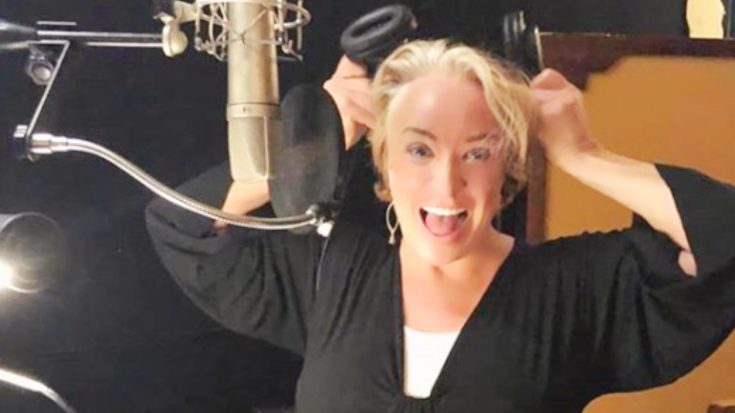 Throughout the past several decades, Tanya Tucker has released one outstanding song after the next. It all started with her debut single “Delta Dawn,” which is now considered to be her signature song.

Numerous hits followed “Delta Dawn,” including multiple chart-toppers. “What’s Your Mama’s Name,” “Blood Red and Goin’ Down,” and “Lizzie and the Rainman” are just a few examples of singles that Tucker took to number one.

Those singles came with strong backup support in the form of Tucker’s many albums, which were also huge successes. Over the course of her career, Tucker has seen one of her studio albums top the chart (1976’s Here’s Some Love), while seven more have fallen within the top ten.

The last studio album Tucker released was 2009’s My Turn, which peaked at the 27th spot on the country album chart and also claimed a spot on the all-genre chart. The album, which was produced by Pete Anderson and Jerry Laester, featured 12 covers of some of country music’s most iconic songs.

In a now-lost interview with Roughstock.com, Tucker explained that she selected the songs that made the final cut as a sort of a tribute to her father:

“I picked the songs my daddy always wanted me to sing,” she said. “This is really a tribute to him, because he was with me throughout my entire career.”

Those songs included Charley Pride‘s “Is Anybody Goin’ to San Antone” and Merle Haggard‘s “Ramblin’ Fever,” to name a few.

So Many Years Have Passed

Since 2009 was a covers album, the last time Tucker released a record containing original music was in 2002, with her self-titled album Tanya.

The record reached the 39th spot on the country albums chart, and churned out charting singles such as “A Memory Like I’m Gonna Be” and “Old Weakness (Coming On Strong).”

"You never can be free … From a memory like I'm gonna be.. " @tanya_tucker just puts it right, country! Damn straight!

So if you do the math, it has been 17 years since Tucker released an album of original material, and 10 since she put out a studio record of any kind. It goes without saying that fans have been itching to hear any hint that Tucker has new music in the pipeline.

Well, it looks like the long wait will soon be over, because Tucker is back in the studio! She announced the thrilling news on Wednesday (January 9), alongside two photos of herself laying down some vocals.

Only time will tell if this new album will be another cover record like My Turn, or if we’ll get to hear new, original songs from the country music icon.

Regardless of what is featured on the album, we’re just excited to hear that Tucker is finally preparing some new tunes for us!

Although Tucker didn’t share when the album is set to debut, her caption makes it sound like this “new year” may not only be her year to work on the record, but her year to release it. We’ll just have to wait and see!

What are you hoping to hear on Tucker’s new album? We think a blend of originals and covers would be awesome. She does such a good job singing classics like “After the Fire Is Gone,” but we also love it when she introduces us to something new!