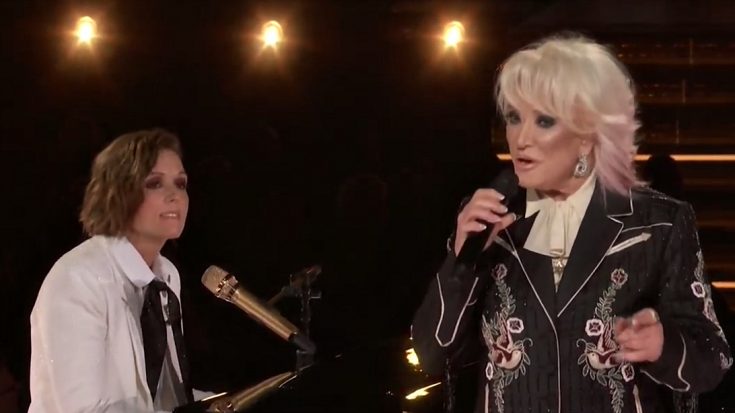 WHILE I’M LIVIN’ is out now! ? It’s my first album in 17 years! Give it a listen by following the link below!…

The album, produced by Shooter Jennings and Brandi Carlile, is critically acclaimed, with countless publications calling it one of the best country albums of 2019. The Recording Academy obviously agreed, and the album garnered four GRAMMY nominations: Best Country Album, Song of the Year, Best Country Solo Performance, and Best Country Song.

She also performed alongside her producer-turned-good friend Carlile. Tucker revealed which song she’d be singing at the awards show in a post on January 22. Sadly, she revealed to her fans that her “sweet friend” Lisa Nygard had passed away.

“I spoke with her in October and sent her my new album. She called me back and said ‘Flowers’ was her favorite! ? Go rest now my sweet soul I will see you in the by and by and I will be thinking of you Sunday night when I’m singing it on the GRAMMY stage!” she wrote.

??? God bless and keep my sweet friend Lisa Nygard in your loving arms. She lost her battle with breast cancer yesterday…

Tanya and Brandi’s performance of “Bring My Flowers Now” was especially touching due to the tragic death of NBA legend Kobe Bryant, his 13-year-old daughter, and 7 others. The news of the helicopter crash that took their lives was announced just hours before the Grammy Awards broadcast.