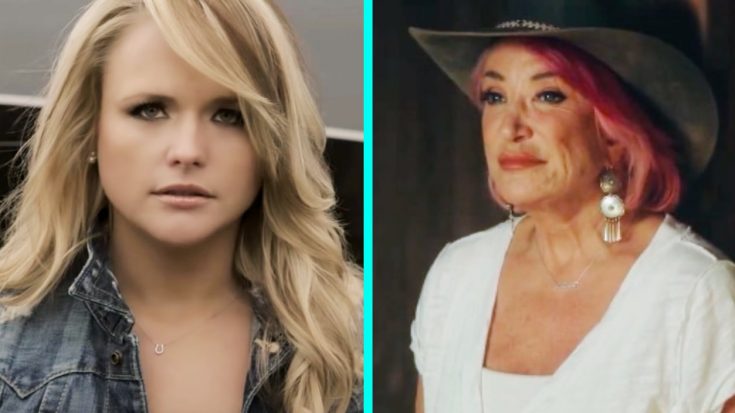 Miranda Lambert‘s “The House that Built Me” is often referred to as one of the most emotional songs in country music history. The lyrics have her reflecting on the memories she made in her childhood home, and how that home helped shape her into the woman she became.

As personal as Lambert’s delivery of the song seems, the lyrics surprisingly did not come out of her own heart. Instead, the song was written by Tom Douglas and Allen Shamblin.

“The House That Built Me” wasn’t even originally intended for Lambert. Instead, it was supposed to go to Blake Shelton, who she was dating at the time. But when Lambert heard the song, she knew it had to be hers, and she ended up recording it herself.

While “The House That Built Me” was covered many times after its release, no other major artist released a recording. That is, until 2019.

That year, country music icon Tanya Tucker released her first album in years. Titled While I’m Livin‘, the record contains a wealth of original material. Just one of the new songs on the album is “The Wheels Of Laredo,” which she released along with a music video.

But there is a notable cover that appears on the record, and that cover is Tucker’s rendition of “The House That Built Me.”

Rather than keep the song exactly the same, Tucker gives it a bit of a twist that makes it more personal to her. Since she is older than Lambert was when she recorded the song, Tucker doesn’t sing as if she was a child who grew up in the home. Rather, she sings it from the perspective of a mom who raised her children in that house.

You can tune in to the official audio clip for Tucker’s rendition of “The House That Built Me” below. Let us know what you think when you finish it!