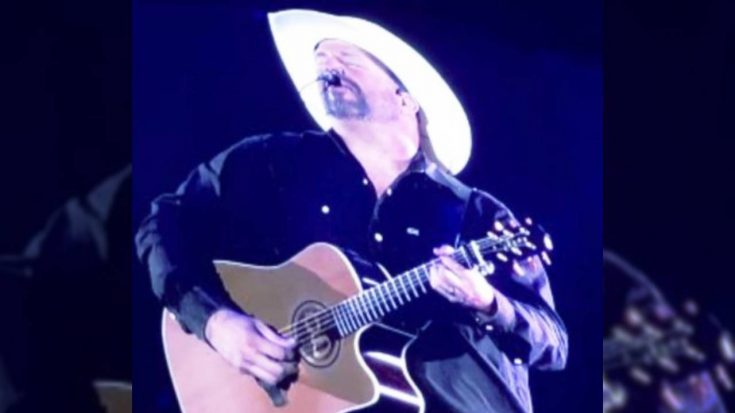 At one of Garth Brooks’ sold-out shows in Boise, Idaho in July, a woman named Bobbee Rudy was in attendance. She and a few family members had traveled from Kemmerer, Wyoming.

They had actually seen him days prior in Denver, Colorado, which is a six-hour drive from her hometown, but had such an incredible time that she, her daughter Aarika, and her niece Kristen followed him to his next stop: Boise.

The family were huge Garth Brooks fans, and because of the heartbreaking event that happened to them two weeks prior, he helped them begin to heal. See, Bobbee’s 91-year-old mother Shirley Mower had passed away just two weeks before the Denver show.

“I always lived right by my mom. We just always did everything together. We had a very close relationship,” Bobbee told Good Morning America. “She was just one of those great people.”

Bobbee and Shirley loved listening to Garth Brooks together, especially his song “Mom.” Aarika said that when they would all listen to the song, her grandmother would always get tears in her eyes when the country singer sang the lyrics, “You’ll never have a better friend, or a warmer touch to tuck you in. She’ll kiss your bruises, your bumps and scrapes. And anytime you hurt, her heart’s gonna break.”

Towards the end of every show, Brooks looks through the crowd at song requests written on posters and at the Boise show Bobbee attended, she brought a bright pink sign that read, “My mom passed two weeks ago. Can you play ‘Mom?’”

Brooks saw it, and told the audience that he was a mama’s boy, and even though his mom has been gone for 20 years, he still misses her every day.

“I think music is a part of the healing process. I’d be honored to sing ‘Mom’,” he said before playing the emotional song for Bobbee.

Brooks was emotional when singing it, which made everyone in the audience feel the lyrics so much more. Not only was the message of the song meant for Bobbee, but it also touched many other concert-goers.

“A woman staying in our motel’s mom had died just one day after mine,” she said. “She told me after the concert and we just stood there and hugged.”

Garth gave these women such an incredible gift that they will never forget. We bet Shirley is looking down from Heaven smiling.