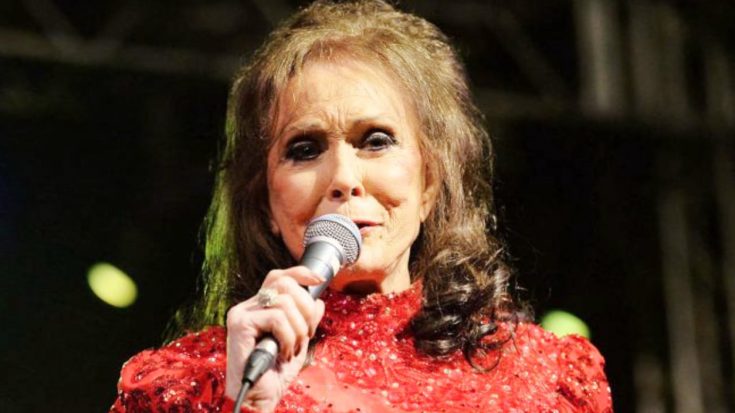 The past few days have been sad and trying ones, as the U.S. has experienced two mass shootings in that short amount of time.

The first occurred on Saturday (August 3) at a Walmart in El Paso. According to ABC News, dozens of people were injured and 20 were killed in the shooting, which is now considered to be one of the deadliest in U.S. history.

Less than 15 hours after the El Paso shooting, a second one took place early on Sunday (August 4) in the nightlife district of Dayton, Ohio. ABC News reports that 27 people were injured and nine were killed.

Following the news of the two shootings, many celebrities and public figures took to social media to react to the news. One such celebrity was 87-year-old country music legend Loretta Lynn.

After over 60 years in the music industry, Lynn has toured all over the country and has come to love the people in its various cities. That’s why she was so heartbroken when she heard about the first shooting in El Paso.

Taking to Facebook, Lynn wrote a simple message expressing her sadness. “I’m praying for all of you,” she wrote.

My heart breaks for El Paso. I’m praying for all of you. I love you, El Paso!

Then, when Lynn learned of the second shooting in Dayton, her heart broke even more.

She took to Facebook once again to react to the sad news, this time writing a longer message. In the note, Lynn wrote how the news made her think of “the mommas, the husbands, the wives, [and] the children” who have lost loved ones as a result of these horrific acts.

She then spoke about her love for her country, saying how the “hatred” we’ve all witnessed over the past few days isn’t what America is all about:

“I saw [America’s] goodness and her beautiful people. I love them all. This hatred isn’t us. It has to stop. Let’s pray for El Paso and Dayton and for the country I love with all my heart,” she pleaded.

Now Dayton. It's too much for any heart. I think of the mommas, the husbands, the wives, the children. I've crisscrossed…

Lynn’s post generated hundreds of comments in response. Many of the country icon’s fans said they would also be keeping the victims and their families in their prayers moving forward.

We too, join Lynn in praying for all who have been affected by the shootings in El Paso and Dayton.