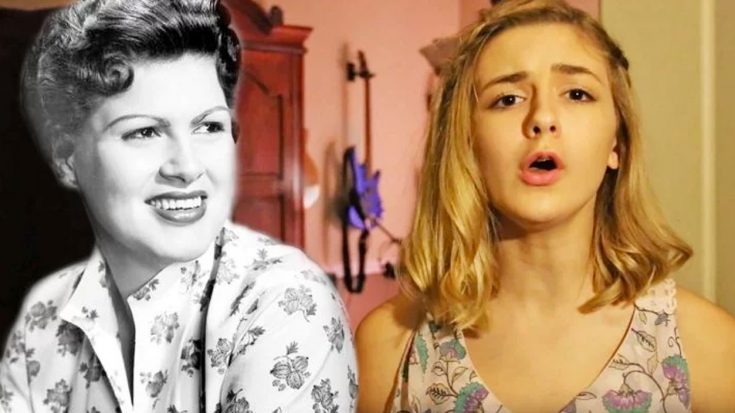 Decades have passed since the world lost American sweetheart Patsy Cline following the tragic crash of her private plane on March 5, 1963. Even though there will never be another quite like Cline, her legacy lives on through the music she left in her wake.

A 14-year-old girl by the name of Emily channeled the spirit of Cline in a moving rendition of “She’s Got You,” showing off her stunning vocals in a video uploaded to her personal Youtube account. The young talent sings along to the music track, with her melodic voice flawlessly nailing each emotionally-charged lyric seamlessly.

“She’s Got You” was released in 1962 as a single by the country music icon, immediately hitting No.1 on the Hot C&W Sides country chart in addition to No.14 on Billboard’s all-genre Hot 100.Since its release, the song has been recorded a multitude of times, most notably by the legendary Loretta Lynn who took the song back to the No.1 spot on the country charts in 1977.

You can listen to Emily’s version of “She’s Got You” below.