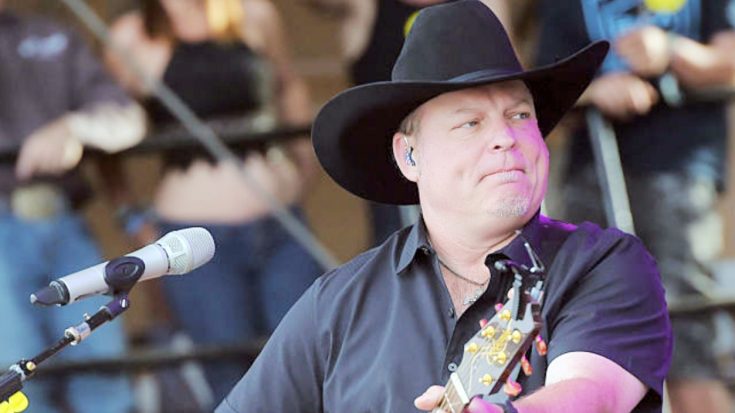 John Michael Leads The Way Through The 90s

One of the leading voices in country music during the 1990s and early 2000s was John Michael Montgomery. Over the course of his career he has charted numerous singles, and earned an impressive total of seven number one hits.

Just a few of those hits that you likely know well include “I Swear,” “Be My Baby Tonight,” and “Sold.”

Today, Montgomery maintains a packed schedule as he tours throughout the country for most of the year.

But that busy schedule has taken its toll on the almost 54-year-old singer. It’s been especially hard on his voice.

Looking back at the press releases on Montgomery’s website, there are two past instances where he was forced reschedule shows due to vocal fatigue. Back in 2016, he rescheduled two Texas shows because of “severe hoarse, inflamed, strained & fatigued vocal cords from the after effects of a sinus infection allergies and acid reflux.”

He was forced to reschedule another pair of shows in late 2017, saying he had to push the shows back “due to vocal fatigue and inflamed vocal cords” and the development of laryngitis.

Due to vocal fatigue and inflamed vocal cords I have developed some laryngitis. Lake Charles,LA. And Columbus,TX will be rescheduled.

Once again, Montgomery has been forced to push back more shows because of his voice, with this being his biggest batch of postponements and cancelations yet. But hopefully, this should be the last time his voice ever gets in the way of his touring schedule.

On Thursday night (January 3), Montgomery wrote to his fans on social media that he was at home recovering from a surgery to remove a polyp from one of his vocal cords. Unfortunately, he is on vocal rest for the next three months, which means he can’t perform during that period.

“I will be ready and excited to tour again come April,” he wrote. “Unfortunately I will have to reschedule or cancel all events until then. Thanks for your support and understanding!”

According to the American Speech-Hearing-Language Association, polyps develop on the vocal chords for a number of reasons, with singing being one of the causes. The longer someone has been singing, the greater chance the person has of developing polyps. Polyps typically, but don’t always, develop after the vocal chords suffer longterm abuse.

In general, vocal chord polyps like Montgomery’s are surgically removed only when they are large or have been present for some time.

Surgery or voice therapy for vocal fold polyps? Read this study comparing treatment outcomes from our colleagues at Mt. Sinai and learn what polyps are on our website: https://t.co/KpQ7BPSDh1 #laryngology #SLPeeps #SLPros #voicetherapy https://t.co/GtlMPRRofG

Hopefully Montgomery heals well from his surgery, and his voice is able to come back stronger than ever. We can’t wait for him to hit the road again in April!

Until then, get yourself hyped for his return to touring by looking back on a music video for one of his most iconic songs. This one always gets the crowd excited and singing along.