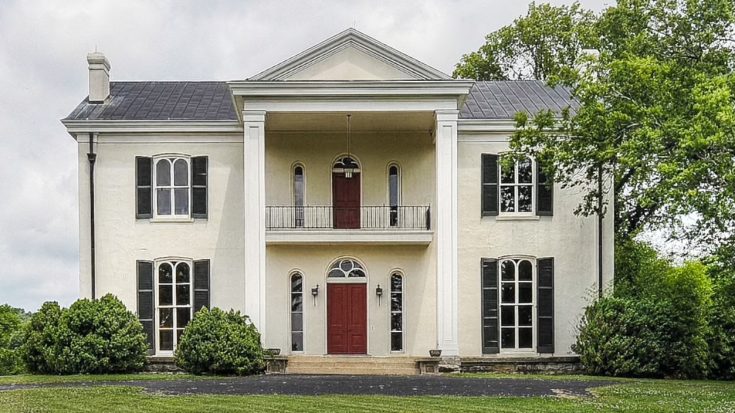 This palatial estate is truly one-of-a-kind and has been a part of this country-singing family’s life for quite some time – but hot off the heels of another real estate sale, it looks like they’re headed to greener pastures!

Just a few months ago, Tim McGraw and Faith Hill listed their luxurious private island for sale. The tropical escape took nearly a decade to build to their liking and has been one of their most treasured places to visit.

Their historic Franklin, Tennessee farm originally consisted of more than 750 acres including multiple homes and a pond on a sprawling plot of land that is simply picturesque.

In 2015, Tim and Faith sold off 131 acres from the initial property. Now, they’ve sold the remainder of the historic property to a firm called BKDM Partners. Among their partners is the mayor of Columbia, Tennessee, Chaz Molder.

“There aren’t many farms like this left in Franklin, and we are thrilled to now own it, and plan to keep an eye towards conservation as we develop our plans for the property.”

The main house, a log-built home called Beechwood Hall, boasts more than 3,100 square feet which accommodates three bedrooms, four baths, and a delightful eat-in kitchen. Fireplaces are found throughout the home and it is renowned as one of the oldest properties in the county.

The investment firm which purchased the property from Tim and Faith has not announced their plans for the area but did state that they are focusing on investing in the local area.

See the full video below.