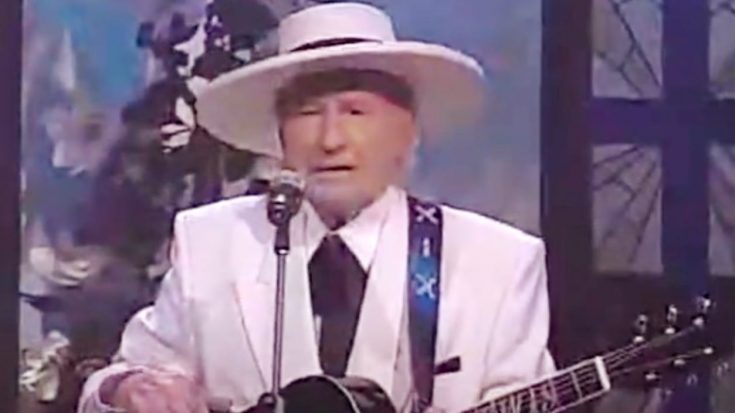 Born Hubert Brad Lewis, the man who would later become known as Hugh X. Lewis was born on Christmas day in 1930. 33 years later, he moved to Nashville, Tennessee, where he signed as a songwriter with Cedarwood Music.

As a songwriter, Lewis penned tunes recorded by Charley Pride, Kitty Wells, Mac Wiseman, and Little Jimmy Dickens, among others. One of his most well-known songs was “Take My Ring Off Your Finger,” which was recorded by Carl Smith and became a Top 20 hit.

But Lewis’ greatest success was the song “B.J. the D.J.,” which was recorded by Stonewall Jackson. It was a #1 hit on the Hot Country Singles chart and stayed within the chart’s Top 40 slots for 22 weeks.

Jackson remained a fan of Lewis’ songwriting, and recorded 11 of his songs over the course of his career.

Lewis pursued a singing career of his own and released several albums. Those albums produced Top 40 singles such as “What I Need the Most,” “I’d Better Call the Law on Me,” and “You’re So Cold (I’m Turning Blue).”

He retired from country music in 1984, but returned a few years later and began singing gospel music. Starting in 2017, he served as the host of a gospel radio show called The Christian Country Store.

Sadly, Lewis passed away on December 29, 2020…just four days after his 90th birthday. Music Row shared the news of his passing a few weeks later, on Tuesday (January 19).

Lewis’ survivors include his wife of 69 years, Anna Mae, and his daughter Saundra. He is also survived by two grandchildren and two great-grandchildren.

Remember Lewis by watching the below interview of him talking about his song “You’re So Cold.” The video also includes a clip of Lewis singing the song live.

Our hearts go out to Lewis’ family and loved ones during this sad time. May he rest in peace.