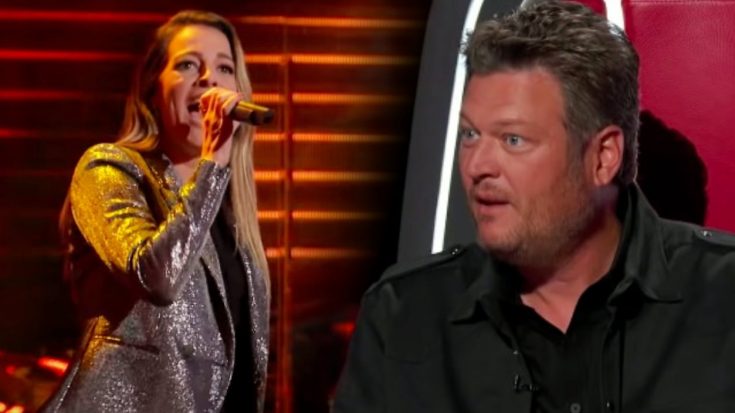 Back in March 2020, Blake Shelton‘s Ole Red bar in Nashville named its Artist of the Month. That artist was Taryn Papa, who was born in Connecticut but has spent the past several years of her life in Nahsville.

Papa normally performs an average of 270 shows a year, including shows at Ole Red. She has also opened concerts for artists such as Kid Rock, Lonestar, Jamey Johnson, and Terri Clark.

Life is a collection of moments. The moments I treasure most are when I am on stage. These are definitely trying times, but it is important to stop and reflect on the roads that led you to today. Keep the faith for the future and trust this winding journey. We will get through this. I believe it. ? . . . . ? @harwood_photography #inspiration #inspirationalquotes #dailyinspiration @stetsonusa #livemusic #liveband #covermusic #coversong #nashville #musiccity #countrymusic #music #sing #singer #picoftheday #instagood #instamusic #photooftheday #photography @stageonbroadway

After being such a star at Shelton’s bar, Papa decided to audition for him and the three other coaches on The Voice. She performed Martina McBride‘s “Anyway,” which was released in 2006 following a performance on the CMA Awards.

“Anyway” went on to be nominated for Country Recorded Song of the Year at the 39th GMA Dove Awards.

Anyone who has heard “Anyway” before knows it isn’t an easy song to perform. McBride is such a skilled vocalist, so it’s hard for anyone else to jump in and tackle a song like she does.

But Papa rose to the challenge, and her cover of “Anyway” was incredibly powerful. Three of the four coaches turned their chairs for her…including Shelton!

In fact, Shelton was the first coach to turn his chair for Papa’s performance. He felt so strongly about her voice, he used his “block” button on Kelly Clarkson to keep her from claiming Papa for her own team.

The block paid off, because Clarkson turned around for Papa not long after Shelton did. Though she didn’t even notice she had been blocked, so when she realized that, she was quite upset!

Gwen Stefani was the other coach who turned around for Papa, so she was left to chose between her and Shelton. Even though Stefani made a pretty good case for herself, Papa couldn’t deny her country roots and ties to Shelton…so she chose him as her coach!

Tune in below to watch Papa’s audition and the coaches’ comments afterward. With artists like her, Team Blake is already shaping up to be pretty impressive this season!