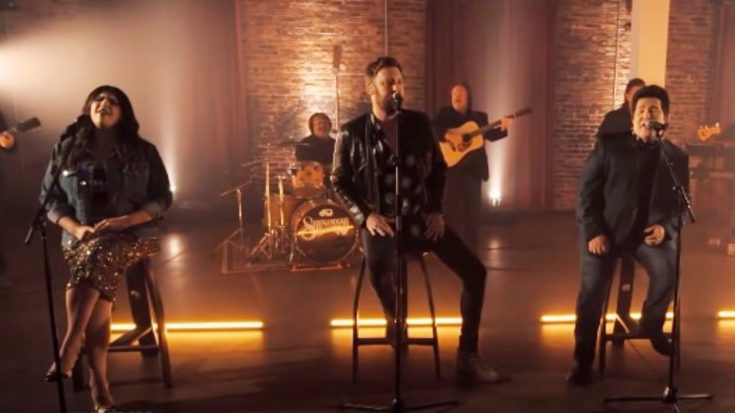 For the first time in 26 years, Shenandoah is releasing an album of entirely new material.

The country group, known for songs such as “Ghost in This House” and “Two Dozen Roses,” plans to released their newest record on November 13. Titled Every Road, the project features collaborations with some of the hottest names in country music.

Just a few of the many artists who join Shenandoah on the record include Blake Shelton, Brad Paisley, and Ashley McBryde. The group offered fans a first taste of the album by releasing the song “I’d Take Another One of Those,” which is their collaboration with Zac Brown Band.

Shenandoah worked with yet another country group to create one of the album’s other tracks. It’s titled “Every Time I Look At You” and features the trio Lady A.

The two groups performed the song live during an appearance on The Kelly Clarkson Show. It’s a smooth, sexy love song that is sure to win your heart over in an instant.

Both groups got the chance to shine, as they took turns singing lead and also sang together. Check out the clip below to see their performance.

Now that we’ve heard “Every Time I Look At You,” we can’t wait to hear the other tracks on Shenandoah’s new album!