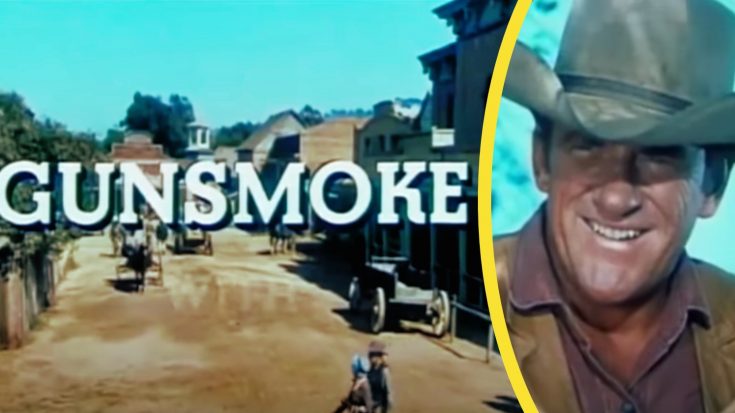 First aired as an American radio drama series, Gunsmoke later went on to become one of the most-viewed TV westerns in Hollywood history. Throughout its long run starting in 1952 on radio and ending in 1975 on television, Gunsmoke really became one of America’s most-loved programs.

While many Americans today will remember the series with great affection, millions will not have ever heard of it – but, regardless, all are sure to enjoy this fascinating list of little-known facts about the show!

1. At one point or another, all four senior officer actors from the original Star Trek series (Leonard Nimoy, James Doohan, William Shatner, and DeForest Kelley) appear in Gunsmoke.

2. James Arness, who played the lead character Matt Dillon, filmed many scenes with significant amounts of walking in the morning hours as his injuries from serving in WWII were least bothersome at that part of the day.

3. At some point during the show’s run, a newspaper in the U.K. ran a regular comic strip based on Gunsmoke, but was called Gun Law – as the show was also titled across the pond.

4. The character of Doc Adams was actually written into the script without a first name, but that only lasted until the actor who portrayed him, Milburn Stone, decided to name him ‘Galen.’

5. Due to the popularity of both Gilligan’s Island and Gunsmoke, some scheduling conflicts forced Gilligan’s to get the axe. According to an interview with a producer, the wife of the network president pressured him to save Gunsmoke – and therefore Gilligan’s got cut.

6. Truth be told, John Wayne was almost cast as the main character Matt Dillon, but Wayne recommended his friend James Arness instead. The rest is history.

John Wayne recommended James Arness for the role of Matt Dillon on TV's Gunsmoke, Both Wayne and Arness were born today, May 26 (16 yrs apart, with Wayne being the elder) pic.twitter.com/Q1Wibtx3Be

7. When Gunsmoke began to cast the characters, the very first actor to be cast on the show was Dennis Weaver, who played the role of Chester Goode.

8. Gary Busey was the last actor to “die” on the series, due to an accident riding a wild horse in the third to last episode.

9. Ken Curtis, the actor who played Festus, was once a well-known singer who took the place of Frank Sinatra in Tommy Dorsey’s band at one point – who knew?!

10. Gunsmoke was set in Dodge City, South Dakota and has been credited for popularizing the now-common phrase “Get the hell out of Dodge.”

How many of you found this list interesting and entertaining? Did you discover something you didn’t know before?

Let us know in the comments!