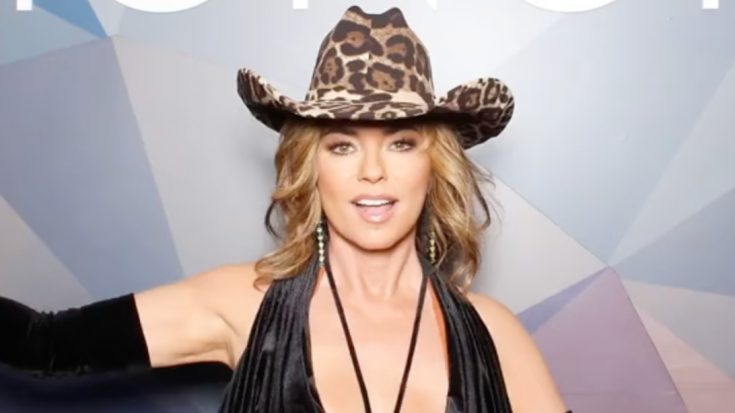 Shania Twain’s appearance on the black carpet prior to the event had everyone talking. The 56-year-old, who was one of two songwriters presented with the Poet’s Award, posed for photos and waved to fans as she donned a stunning black halter top dress with a plunging neckline, accented with an animal print cowboy hat and knee-high boots.

Fans took to social media to praise Twain saying, “Most beautiful woman on earth,” and “Soooo deserving, queen.” Twain shared some behind-the-scenes footage on Twitter that showed her interacting with fans.

Shania also posed alongside fellow country singer Kelsea Ballerini who borrowed Twain’s iconic 1999 Grammy awards dress. Ballerini also had the honor of performing for her hero during the official ACM Honors ceremony. But, fans will have to wait to see the performance. Wednesday’s event was filmed as a FOX special that will air on September 13.

Earlier this year, Twain responded to the news of the award saying, “The fans make country music what it is. They celebrated me and believed in me from the very beginning! Their support helped me to be taken seriously by the industry and for that I’ll be forever grateful. I’m honored to be receiving the ACM Poet’s Award at this year’s @acmawards #ACMHonors. This award is ours.”

Shania’s ACM Honor comes less than a month after the release of her Netflix documentary, “Not Just A Girl.” The documentary followed the singer from her humble beginnings in Canada through her rise to superstardom in Music City.

See the trailer for “Not Just A Girl” in the video below. And Tune into FOX on September 13 to see Shania Twain honored by the Academy of Country Music.