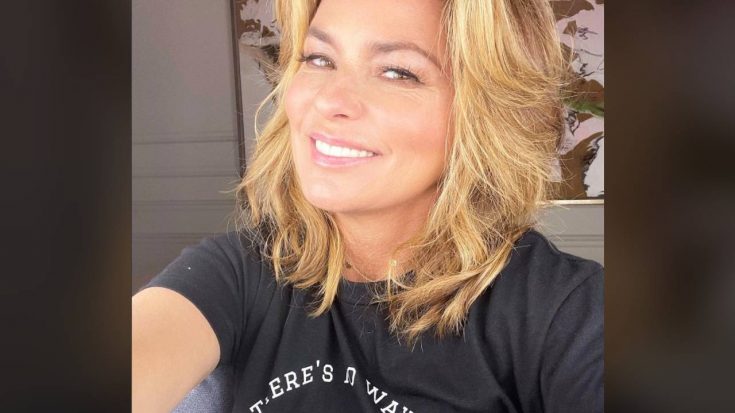 Since the early 90s, Shania Twain has been an icon in many different ways. She is a music icon and to most, a style icon. Her two most iconic looks include from the music videos for “That Don’t Impress Me Much” and “Man! I Feel Like A Woman.”

For the majority of her career, Twain has rocked her signature brown hair. But in 2015, the singer went blonde!

She stayed blonde for the promotion of her 2017 album Now, her first in 15 years.

In the years since, Twain has rocked a lighter hue in her hair and fans have been loving it! She even posted a video of herself with blonde highlights as recent as October 5.

For a better look at one of her last photos as a blonde, take a look at a post she made on June 5.

But on November 9, fans went crazy when Twain shared a photo of herself with completely different hair! She is now rocking a brunette look with extensions. She was promoting holiday merchandise that said “Honey I’m Home…for the holidays.”

Fans began to freak out over her new look. check out some of the responses below.

“That hair is amazing”

Check out her new look below!