See What Loretta Lynn’s Daughter Inherited From Her Legendary Mother 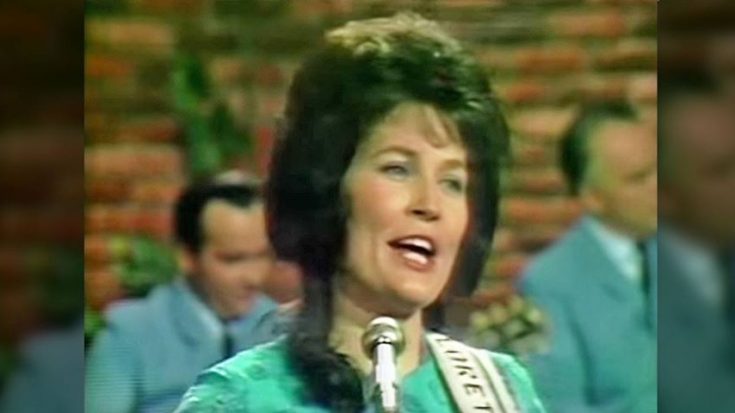 When you hear the name Patsy Lynn, you may not make an immediate connection to the significance of either her first or last name. But, if you think of two of the greatest female country singers of all time, it might start to make a little sense.

Okay, we’ll help you out on this one. Patsy Lynn is actually named after the late, legendary Pasty Cline, and she shares a last name with Loretta Lynn because she is one of Loretta’s youngest daughters.

Posted by Loretta Lynn Official on Saturday, May 9, 2015

Patsy Cline was Loretta’s best friend before she tragically passed away. To pay homage to her dear friend, Loretta decided to name one of her twin daughters after the “Sweet Dreams” singer.

At a special program for the Loretta Lynn exhibit at the Country Music Hall of Fame with members of Loretta’s family, including her sisters, daughter and two granddaughters in 2017, Patsy Lynn honored her mother by covering one of her signature songs, “You Ain’t Woman Enough (To Take My Man).”

Originally released in May of 1966, Lynn wrote this song based on a backstage conversation with one of her fans. It became her eighth top ten single of her career and was included on her 1966 studio album You Ain’t Woman Enough.

Today marks the 50th anniversary of Loretta's 'You Ain't Woman Enough.' Listen back and share your favorite song! https://UMe.lnk.to/LorettaLynnYAWE

Amazingly enough, this song still holds its own and is one of Loretta’s most recognized hits even after half a century. In a career spanning nearly six decades, Loretta Lynn remains the most famous “coal miner’s daughter” in history.

Listen to daughter Patsy Lynn perform the classic lyrics written by her mother. See or hear anything she might have inherited?