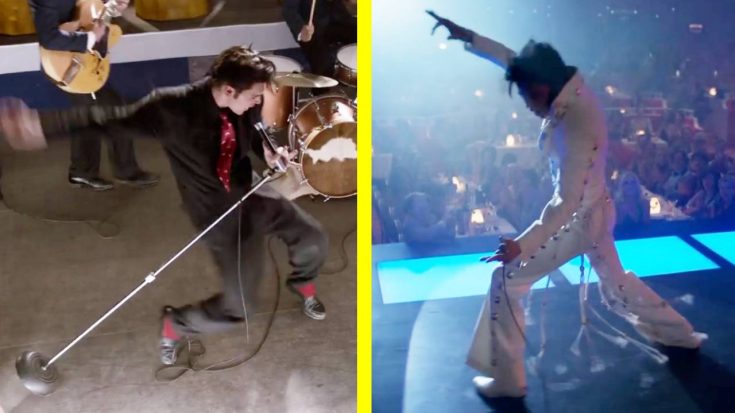 On June 24, 2022, a film titled Elvis will be premiering worldwide after a long-anticipated wait. The movie, which is a biographical film about Elvis Presley, was originally slated for a 2021 premiere but was pushed back to 2022.

Playing The King of Rock and Roll is actor Austin Butler, who beat out the likes of Harry Styles, Ansel Elgort, and Miles Teller. The 27-year-old actor has earned great praise for his past roles, particularly for his portrayal of Don Parritt in the Broadway play The Iceman Cometh. He is also one of the many all-star actors cast in Quentin Tarantino’s Once Upon a Time in Hollywood, which also starred Leonardo DiCaprio and Brad Pitt.

Priscilla is played by Olivia DeJonge, and Colonel Tom Parker, Presley’s manager, will be portrayed by Tom Hanks.

Director Baz Luhrmann teased the movie back in November 2021 with clips from the movie.

On Monday (February 14), the director shared new clips from the movie with some big news…the official trailer will be dropping on Thursday (February 17)!

The video he shared featured clips of the movie where Butler was performing as Elvis Presley, and even doing some his iconic hip swivels. Just from this video, Butler’s performance is very convincing and they did a great job casting him! We can’t wait to see the full trailer.

Watch the teaser below.