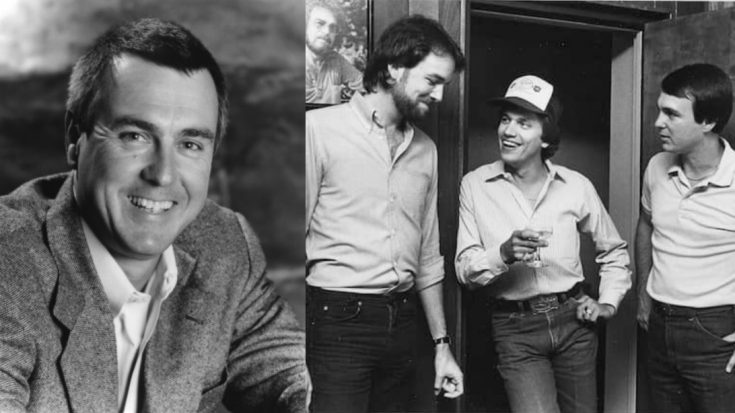 Blake Mevis, whom many have credited with the early success of George Strait, died February 9 at the age of 73. DiscoverMusic.com reported that Mevis passed away from COVID complications including a stroke and double pneumonia.

Mevis, an Indiana native, worked for Loretta Lynn’s Nashville publishing company Coal Miner’s Music in 1971. He would later work for ABC and MCA Records and was president of Charley Pride’s publishing firm Pride Music Group in the 1980s.

Mevis co-wrote George Strait’s first No. 1 hit, “Fool Hearted Memory” and produced albums for Straight and Keith Whitley. In 1983, Mevis had songwriting or producing credits on four records in the Billboard country Top 20. One of Blake Mevis’ biggest contributions to George Strait’s career was introducing the singer to songwriter Dean Dillon who as written more than 70 songs recorded by Strait.

According to Billboard, Mevis pulled up to the curb in front of a porch on Music Row where songwriters Dean Dillon and Frank Dycus were sitting. Mevis asked the men if they had any material. “He was about to record a new kid (George Strait) and needed some songs.” Strait recorded “Unwound” and one of the most iconic artist-songwriter pairings was born, thanks to Blake Mevis.

Mevis’ was an accomplished songwriter in his own right. He co-wrote Strait’s “Fool Hearted Memory” with Byron Hill. Other songwriting credits include “Night Games” by Charley Pride, Joe Nichols’ “Brokenheartsville,” and Jim Ed Brown’s “If The World Ran Out Of Love Tonight, to name a few.

Our thoughts and prayers are with all who knew and loved Blake Mevis.