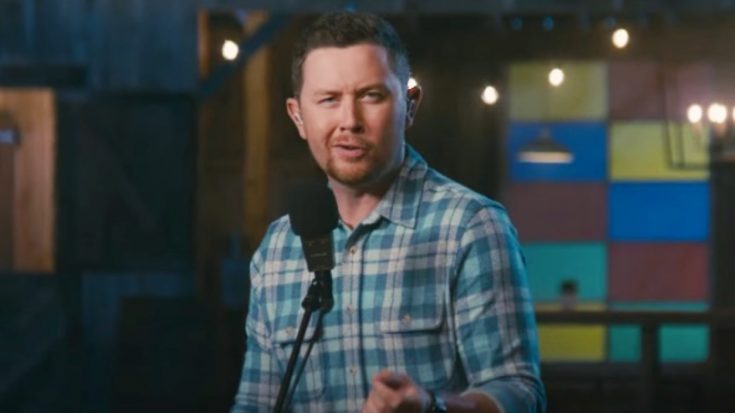 People love listening to Elvis Presley‘s Christmas music. Many of his most beloved songs are recordings of holiday staples like “Blue Christmas,” Silent Night,” and “White Christmas.”

Presley also recorded some original Christmas tunes. One such song is “Santa Claus Is Back in Town,” which was the opening track on 1957’s Elvis’ Christmas Album.

The song has been a Christmas staple ever since. It has even been featured in movies such as Iron Man 3, Miracle on 34th Street (the 1994 remake), and The Christmas Chronicles.

Since it’s such a popular song, “Santa Claus Is Back in Town” has been covered many times. Dwight Yoakam‘s 1997 recording is one of the most notable. His version reached the 60th spot on the Billboard Hot Country Songs chart.

The song earned another country cover from Scotty McCreery when he was a guest on CMT’s Campfire Sessions series in 2022:

With the sound of the fire crackling in the background, McCreery jumped into his acoustic cover of “Santa Claus Is Back in Town.” He fully channeled Presley’s style in his cover, and didn’t hold back.

If you love Christmas music, and especially if you love Presley’s Christmas music, you need to check out McCreery’s performance in the video below. His rendition of “Santa Claus Is Back in Town” is something you’ll want to listen to over and over again!