“Scandalous” Star Of “Dallas” Is Bing Crosby’s Only Daughter 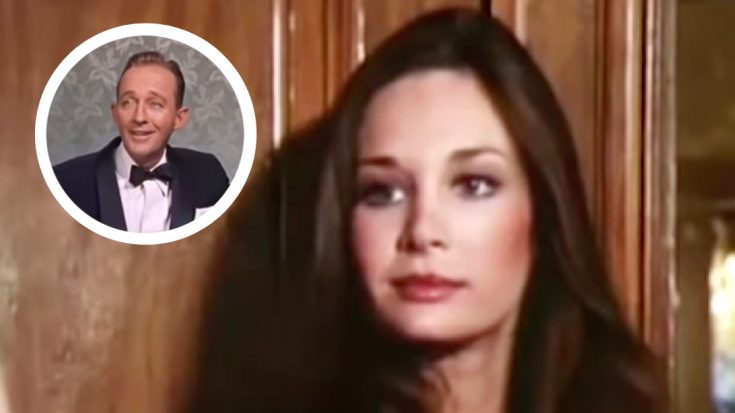 The saying “The apple doesn’t fall far from the tree” holds true for many show business families, and legendary crooner Bing Crosby and his daughter Mary were no exception.

Bing Crosby was one of the biggest stars of television, film and radio for more than five decades. He made over 70 feature films and recorded more than 1,600 songs, between 1926 and 1977.

The beloved star was married twice and was the father of seven children. Of those seven children, his only daughter Mary would follow in his acting footsteps. At the age of 19, Mary joined the cast of the wildly popular prime time soap opera Dallas where she was cast as a scandalous character.

Mary played Kristin Shepard, the no-good sister of lead character Sue Ellen Ewing. Her character was the mistress of J.R. Ewing, played by Larry Hagman. Crosby only appeared on Dallas from 1979-1981, but perhaps played the most memorable role of the show’s entire 13-season run.

Dallas’ greatest plot line revolved around who shot J.R. Ewing during the season three finale. In the episode, J.R. is working at Ewing Oil late at night when he hears something. As he walked to the door to see who it is, he is shot twice in the stomach. Fans were left reeling while they awaited season four and the revelation of who had shot the despised J.R. and whether or not his character survived.

Ultimately, Crosby’s character Kristin Shepard was revealed to have been the person who pulled the trigger in the episode that was one of the highest-rated television episodes ever.

Mary Crosby’s dad died before he had a chance to see her become a famous actress in her own right. In an interview with Studio 10, Mary shared what she thought her dad’s feelings would have been about her scandalous Dallas role.

After her time on Dallas came to an end, Mary Crosby appeared on numerous shows including The Love Boat, Murder ,She Wrote, and Beverly Hills 90210, among many others. But, it was her role as Kristin Shepard, the woman who shot J.R. Ewing, that she will likely be most remembered for.

Relive the scene in the video below.