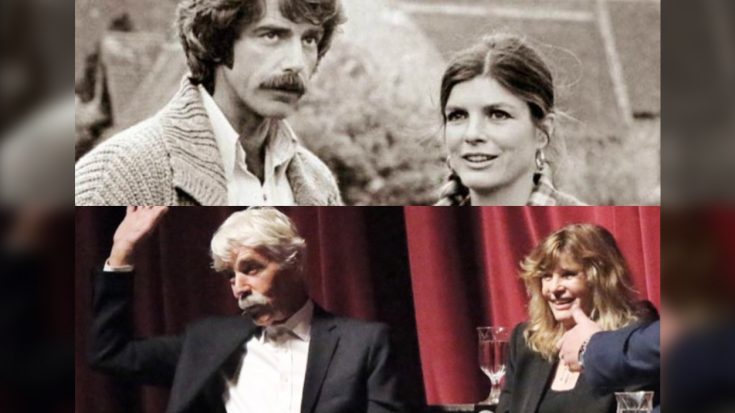 Silver screen legend Sam Elliott first met his future wife on the set of Butch Cassidy and the Sundance Kid in 1969. Katharine Ross had a starring role as Sundance’s love interest Etta Place, while Elliott had a very small role. The two didn’t have any scenes together.

They did not meet again until almost ten years later, in 1978, when they both starred in the movie The Legacy.

After a red-hot romance, Ross and Elliott tied the knot in 1984 and have been the picture of true love ever since.

They are both incredibly supportive of each other, always accompanying the other on the red carpet for events. This past year, we saw a lot of them together because of Elliott’s Oscar-nominated role as Bobby Maine in the movie A Star Is Born.

This time, it was Katharine’s turn to be the star, and Sam was her support. The couple of over 30 years traveled to El Paso, Texas for a special event commemorating the 50th anniversary of the release of Butch Cassidy and the Sundance Kid.

They attended the 12th Annual Plaza Classic Film Festival and were interviewed on stage before a showing of Butch Cassidy. Elliot was billed as “Card Player #2” in the film.

Watch the press conference at the film festival, before the red carpet event, below.