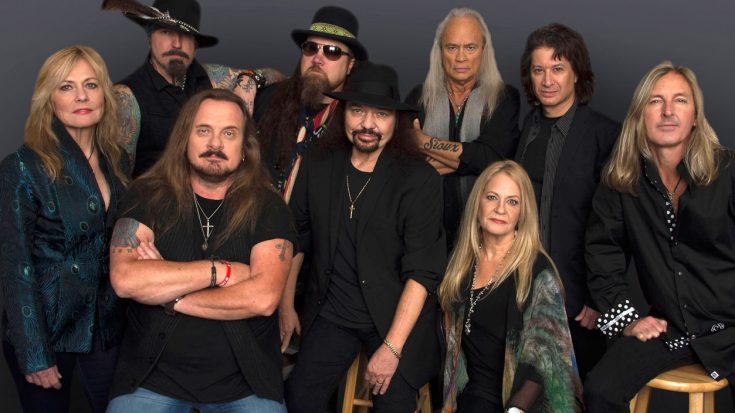 Fans attending a couple of Lynyrd Skynyrd’s upcoming shows will have to change their plans.

The legendary rock band has been on the road for their Last of the Street Survivors Farewell Tour for over a year. In fact, in February 2019, they extended the tour to well into September, with Hank Williams Jr. joining them for several shows.

Unfortunately, just a few days before their Las Vegas show on Friday (Aug 16), Lynyrd Skynyrd announced they are rescheduling “due to illness.”

In a press release posted to their Facebook page on Tuesday (Aug 13), the band revealed the reason they have to postpone not only the Vegas date, but also their Wheatland, CA show the following day, is because guitarist – and original member – Gary Rossington is recovering from heart surgery.

Rossington had been “experiencing fatigue and other symptoms related to a leaky heart valve,” according to the release and underwent a procedure to repair the valve on July 31, just a couple days after their Auburn, Washington tour stop on July 27.

Another great night of playing our music one more time for our fans is in the books. Thanks for the rockin’ Auburn, WA! #skynyrdnation ? Doltyn Snedden

They also had a show scheduled for August 9th that was previously rescheduled due to an “unforeseen scheduling conflict.”

NEW MEXICO and OKLAHOMA – Unfortunately, due to an unforeseen scheduling conflict the band must reschedule their Aug. 9…

Rossington is expected to make a full recovery.

“We all appreciate the well wishes for Gary and apologize for any inconvenience this may have caused,” said lead singer Johnny Van Zant. “But he can’t wait to come back and perform at 100% for the fans. We will see you all soon!”

We will pray for Rossington during his recovery.

Lynyrd Skynyrd’s Shows in Las Vegas, NV and Wheatland, CA Have Been Rescheduled for Oct. 18 and 19, Respectively, as…