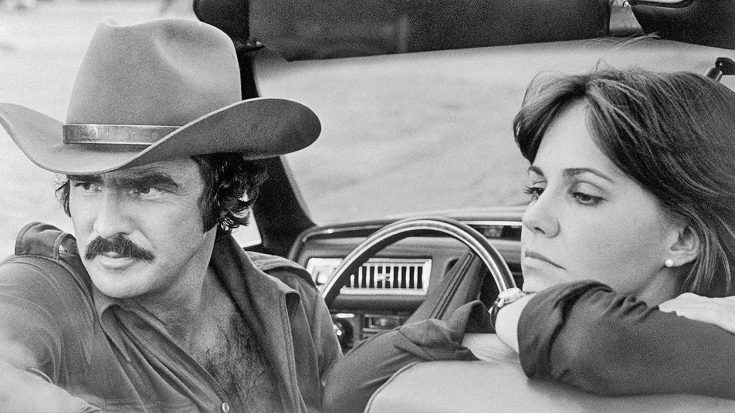 Academy Award-winning actress Sally Field has put her life onto paper. She has lived quite a life, much of it in the spotlight, but even so – there is so much we don’t know about her. To finally let the world into every detail of her life, she decided write a memoir titled In Pieces.

Set for a September 18 release, the memoir covers everything from her “challenging and lonely” childhood, to her 50+ year career in Hollywood, and everything in between including navigating life as a mother to three sons and two failed marriages.

Although their relationship ended and they both went on to marry other people, it seems Reynolds never got over his feelings for Field – even after decades of not being together. In 2015, he told Vanity Fair that he considered Field to be “the love of his life.”

BURT & SALLY: @DavidMuir reports on the classic Hollywood love story between Burt Reynolds and Sally Field – a romance born on the set of “Smokey and the Bandit” that Field says she will never forget and Reynolds recently calling her the love of his life. https://t.co/cthty4H6ov pic.twitter.com/XISwp52PrK

Shortly after the interview was printed, Field was flooded with questions about it, and responded by saying, “I have no response, really, and any response I would have would belong to him.”

Because she is opening up so much in her upcoming book, it’s no surprise that she dedicated a few pages to Reynolds, the man she spent several years with at the height of both of their careers. Unfortunately, looking back on the relationship, Field came to certain realizations that she doesn’t think Reynolds would have been appreciative of.

And because of that, she is relieved that he won’t be able to read it. Reynolds passed away on September 6 at Jupiter Medical center in Florida.

She also told The New York Times that their relationship was “confusing and complicated, and not without loving and caring, but really complicated and hurtful to me.”

In her book, she reveals why she thinks she now feels this way about her time with Reynolds. If you’d like to pick up a copy and find out more about their relationship and her life, you can pre-order In Pieces here.

Her Final Tribute To “The Bandit”

After hearing of Reynolds’ passing, Field released a statement to People, saying, “There are times in your life that are so indelible, they never fade away. They stay alive, even forty years later. My years with Burt never leave my mind. He will be in my history and my heart, for as long as I live. Rest, Buddy.”

'Smokey and the Bandit's' @sally_field: "There are times in your life that are so indelible, they never fade away. They stay alive, even forty years later. My years with Burt never leave my mind. He will be in my history and my heart for as long as I live" https://t.co/IXaWn1UjSc pic.twitter.com/TwiEsR4rKs

Will you be reading Field’s book? We know we will.