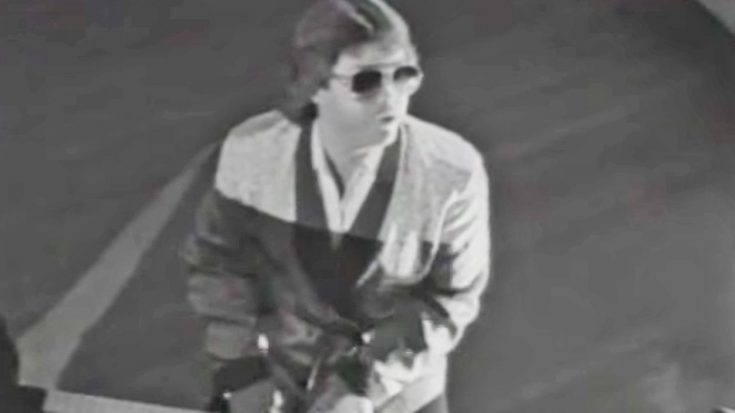 Ronnie Milsap is tormented by a tortuous suspicion that his wife is cheating on him in the 1940s inspired music video for his hit song, “Stranger in My House.”

Set in black and white, the country singer plays the piano while lost in visions of his wife and her alleged lover caught in a moment of passion. In the pinnacle scene of the music video his wife’s imaginary lover sneaks into the house, playing an electric guitar while the woman dances sensually around him. The video ends with investigators searching the house frantically with white tape laid out on the floor in the shape of the man’s guitar.

“Stranger in My House” was released in April of 1983 as the lead single off his album Keyed Up. The song marked his 35th single released and quickly soared to No.5 on the country charts as well as No.8 on the Adult Contemporary chart.

You can watch the music video for “Stranger in My House” below!