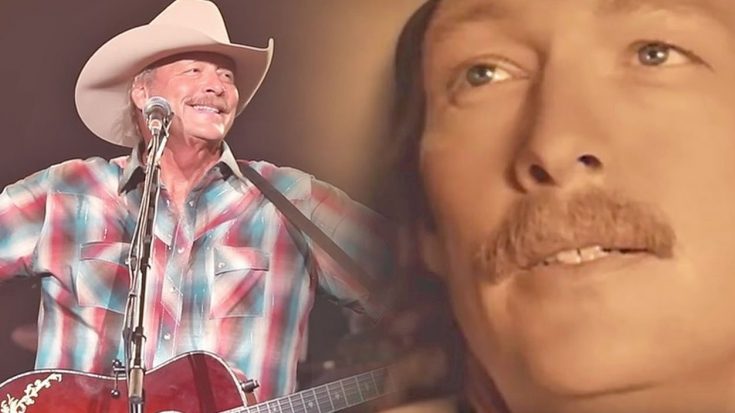 Days before he was inducted into the country music Hall of Fame in 2017, Alan Jackson released a brand-new song. Titled “The Older I Get,” the song was Jackson’s first release since 2015.

Although Jackson didn’t write the song, he felt it perfectly captured the way he views his life these days. In a press release, Jackson said this about the song:

“I really liked it, but the message was a little different when I first heard it. I thought maybe it could be a little more positive about being older and wiser and more content, so they rewrote a few things, and this is how it ended up.”

Looking At Snapshots From His Life

The final result was a song that both celebrated the past and looked toward the future.

You won’t find any lamenting about old age in “The Older I Get.” Rather, the song serves as a way for Jackson to express his excitement over what his future has in store:

As he sings, “The older I get, the more thankful I feel, for the life I’ve had, and all the life I’m living still.”

The song received a warm response from fans following its release. After such a response, Jackson decided to take his fans on a walk down memory lane with the release of his nostalgia-filled music video for the tune.

The music video for “The Older I Get” contains literal snapshots from various phases of Jackson’s life and career.

We get the chance to see photos of him as a child and teen, we get a look at a few pictures from his wedding, and see a number of photos taken with other country greats:

These snapshots are mixed with old video footage as well. Many of the clips are pulled directly from Jackson’s famous music videos, including the ones for “Remember When” and “Drive.” Other clips show some of Jackson’s most iconic performances, many of which took place at country music award shows.

Along with the throwback photos and clips, the video for “The Older I Get” also contains pieces of footage and some pictures showing Jackson in more modern times. The video actually ends with a clip of Jackson at one of his shows, bringing everything back into the present.

Tune in below to watch Jackson’s sentimental video for “The Older I Get.” Don’t be surprised if it ends up bringing a few tears to your eyes.