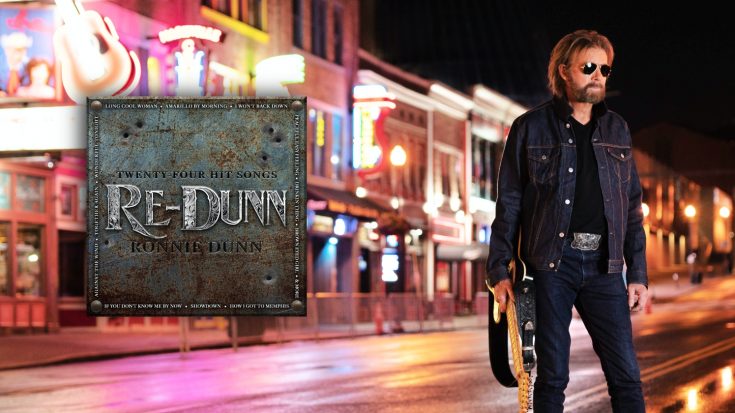 One half of iconic country music duo, Brooks & Dunn, has just released his highly-anticipated fourth solo album – the first in more than three years!

Ronnie Dunn, who just got done with a fabulous new project for Brooks & Dunn, announced the new album earlier this year and fans have been waiting anxiously to hear it ever since.

Titled Re-Dunn the coy play on words falls in line with the content of the album which is filled with cover songs.

Now, the first two singles have been released from the album ahead of the full launch on January 10th, 2020. “That’s The Way Love Goes” and “Showdown” are the leading tracks that already have folks talking!

Dunn says in a press release, ‘“That’s The Way Love Goes” is an all-time favorite, it was one of those songs that we sang in every bar, club and beer joint that we played in back in my bar band days. I think “Showdown” is probably a curveball to many country fans, it’s written by Jeff Lynne and was an Electric Light Orchestra hit.”

Additionally, the release states that every four weeks two new singles will be released until the full album is available on release day.

Check out these two incredible covers from Ronnie Dunn’s new project below and be sure to pre-order the album here!