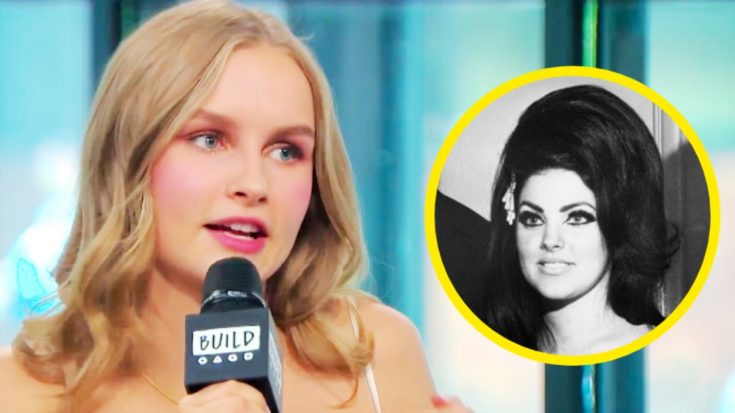 After a long search, director Baz Luhrmann has finally found his “queen” to star alongside “The King.”

Baz, known for his films such as Moulin Rouge!, Romeo + Juliet, and The Great Gatsby, is currently working on a new Elvis Presley biopic. The movie has been in the works for a while now, since Baz has appeared to take great care when it comes to casting.

The first actor attached to the project was Tom Hanks, who has been cast as Elvis’ manager “Colonel” Tom Parker.

Next, Baz turned his attention to “The King” himself.

Many stars were rumored to be considered for the role, including Harry Styles and Ansel Elgort. But in the end, Baz chose 28-year-old Austin Butler to play Elvis.

Austin has been in Hollywood for some time now, but has received increased notoriety just within the last year alone. He starred alongside Denzel Washington in the 2018 Broadway production The Iceman Cometh, and recently appeared as a member of the all-star cast in Quentin Tarantino’s Once Upon a Time In Hollywood.

Radar Online asked Elvis’ ex-wife, Priscilla, if she thought Austin was the right man for the job. Her response was simply, “I don’t know.”

Then, they asked her about singer Lana Del Rey, who was rumored to be campaigning to play Priscilla in the film. “I like Lana a lot,” she said.

But while many people, including Priscilla, could see Lana in her shoes, she is not the person Baz cast to play her in his biopic. On Friday (October 25), it was announced that 21-year-old Australian actress Olivia DeJonge will portray Priscilla in the film.

EW confirmed the news of Olivia’s casting. Baz also verified the reports by sharing a side-by-side image of Priscilla and Olivia on his official Twitter page.

Despite her young age, Olivia has already held a number of noteworthy roles. She is known for playing Tara Swift/Shaneen Quigg in the Hiding series, Becca in the movie The Visit, and Elle in the series The Society.

Now that Olivia has been cast as Priscilla, the movie is one step closer to getting started. Tune in to the clip below to listen to Austin Butler share how excited he is to play Elvis in the film.

What do you think of this recent casting news? Do you feel like Olivia will make a good Priscilla?