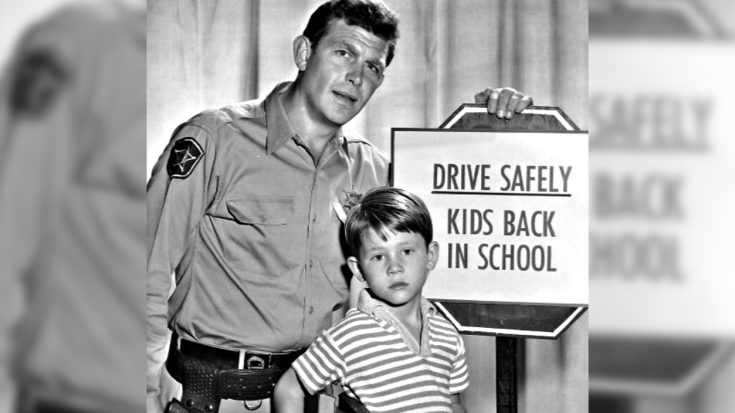 On October 3, 1960, The Andy Griffith Show premiered on CBS. It starred Andy Griffith, of course, as Andy Taylor, the widowed sheriff of Mayberry. Alongside him was Don Knotts as Andy’s cousin and deputy Barney Fife, who provided a lot of the comic relief on the show, and a six-year-old Ron Howard, who played Andy’s son, Opie.

Having played father and son for many years, it was inevitable that Griffith and Howard would form a strong bond.

They worked together again in the 1986 TV movie Return To Mayberry.

It’s clear that their bond wasn’t just for the screen. Howard, who has gone on to become a critically-acclaimed director, has only spoken highly of working with the TV legend Andy Griffith.

The feeling was mutual, too. Griffith has talked highly about Howard on many occasions.

While Griffith says that Howard never considered him a “father figure,” but as a friend, Howard now says that Griffith was the “biggest male influence in my early life” other than his own father.

Howard and his actor brother, Clint, released a book in October 2021 titled The Boys: A Memoir of Hollywood and Family. In it, Ron of course shares stories about his time as a child actor on The Andy Griffith Show and a few months before the release, he gave us a little preview.

Here’s the cover of THE BOYS, the memoir that Clint and I wrote together. That’s our dad with us, outside of Desilu Studios. The book is out Oct 12 but you can pre-order it now!https://t.co/6N5gIJCQE2 pic.twitter.com/lxvy9iKBeH

“Andy would have turned 95 last Tuesday. As I say in THE BOYS, the memoir I wrote with my brother, Clint, Andy was 2nd only to Dad as the biggest male influence in my early life,” he wrote on Twitter.

He also included a behind-the-scenes photo with Griffith that was taken by his father, actor Rance Howard.

Andy would have turned 95 last Tuesday. As I say in THE BOYS, the memoir I wrote with my brother, Clint, Andy was 2nd only to Dad as the biggest male influence in my early life. (Dad took this photo.) Book comes out on October 12 & can be preordered here:https://t.co/EmxHFInnLV pic.twitter.com/CFncW6sjQx

The book can be purchased here.

Watch one of their memorable scenes below.