What Did “Andy Griffith” Cast Do When The Show Ended? 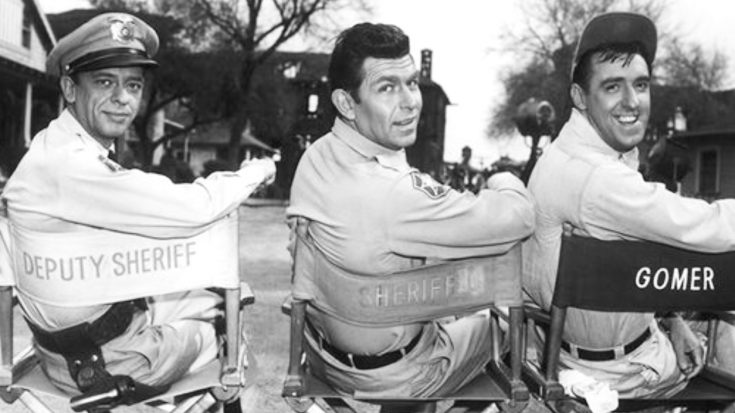 Truly, one of the most-loved television shows to ever be broadcast on American television, The Andy Griffith Show has sealed its place in Hollywood History and continues to draw viewers in every week through re-runs.

The show began with a one-off appearance where Andy Griffith played his now-iconic character Sheriff Andy Taylor as a guest on an episode of The Danny Thomas Show in the early 1960s. Less than a year later and his own show centered on the character was due to take off on CBS.

On this date: 1960
"The Andy Griffith Show" debuts on CBS. Set in Mayberry, North Carolina, it runs for eight years. pic.twitter.com/sa2LEHLpiO

But after spending nearly a decade on television and soaring through 249 episodes, the show came to an end in the spring of 1968.

So, what happened to all these famous cast members after production was shuttered?

Andy Griffith was awesome as Ben Matlock in the 'Matlock' tv series (1986-1995). He accepted a People's Choice Award for #Matlock. He stated it was his favorite role. I liked him as a criminal lawyer. Great show! I still watch it today. #AndyGriffith #Matlock pic.twitter.com/7KxhXiB0jS

After ending his namesake television show, Andy Griffith began to seek out alternative casting opportunities and, over time, portrayed several revivals of his famed character for episodes of Mayberry RFD.

Later on, Andy would take on a new role as a town mayor in The New Andy Griffith Show and most-notably, earned his iconic role as Ben Matlock in Matlock – where he played a country lawyer for nine seasons.

Andy would have turned 95 last Tuesday. As I say in THE BOYS, the memoir I wrote with my brother, Clint, Andy was 2nd only to Dad as the biggest male influence in my early life. (Dad took this photo.) Book comes out on October 12 & can be preordered here:https://t.co/EmxHFInnLV pic.twitter.com/CFncW6sjQx

Just a boy when he received his role as Opie on the show, Ron Howard has proven that he was born to act – and that was made well-known just shortly after The Andy Griffith Show ended!

Howard played Richie Cunningham on Happy Days for 11 full seasons and the show has earned its own place in the history books as one of the most-loved sitcoms of all time.

Don Knotts – known as the loveable Barney Fife from The Andy Griffith Show also experienced a great deal of success following his exit from the show. Unlike some of the other actors, Knotts actually chose to leave the show early but made appearances in later episodes as a guest.

Don Knotts as Barney Fife one of the best TV Characters ever#Svengoolie pic.twitter.com/A30IppHkdN

Knotts continued to star in television shows like Three’s Company and even revived his role as Barney Fife for the special Return to Mayberry. He also made a guest appearance for several episodes of Matlock alongside his good friend Andy Griffith.

Nabors, who played filling station attendant and mechanic Gomer Pyle, was an instantaneous star with the introduction of his character on the show. He was so good, in fact, that his character even got his very own spinoff show: Gomer Pyle, U.S.M.C.!

Already a renowned actress at this point, Frances Bavier (who played Aunt Bee) had a large number of screen credits to her name before she signed on for the role next to Andy Griffith.

Following the show’s end after its final season, Bavier appeared again as Aunt Bee for Mayberry RFD and then had a small role in the movie Benji – but did not have much work afterward. She later moved to North Carolina in retirement and died in 1989.

An essential part of this fictional town’s population, Floyd the Barber was played by Howard McNear – a former radio performer who scored the role at the peak of television’s grand rise to a staple of American life.

While on The Andy Griffith Show, McNear also picked up roles on now-famous spots like Blue Hawaii and Irma la Douce.

Early on in the role, he suffered a stroke that affected his ability to perform and he was gone from the show for a while, only later returning in episodes where he could be seated and only retained limited use of his left extremities. He passed away at the age of 63 just a year after the show ended.

Remembering #HowardMcNear (RIP), most famous for his role as Floyd Lawson, the barber in #TheAndyGriffithShow, born January 27, 1905. pic.twitter.com/eMDMCOrw4B