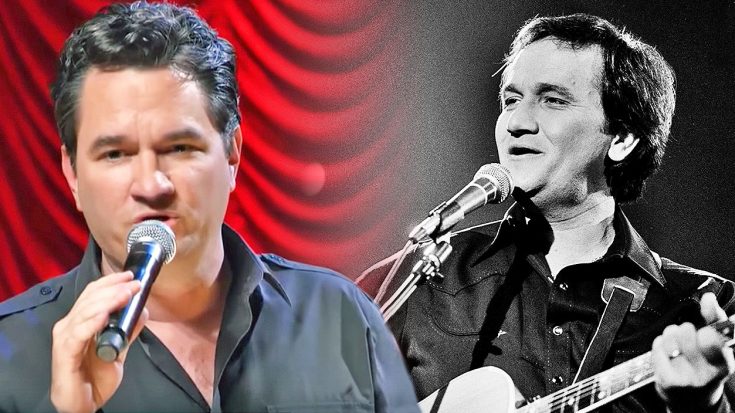 The apple didn’t fall far from the tree. Roger Dean Miller Jr., who just goes by Dean, is the late Roger Miller‘s son and even if you didn’t outright know it, you’d know it.

Loretta Lynn’s new recording of my Dad’s song “Half a Mind” is premiering on NPR Music on Thursday, July 26th. It’s part…

He has his father’s sparkling personality and even his distinctive voice. Dean stopped by Second Generations, a series on Country Road TV that spotlights legendary country singers’ children. Before performing though, Bill Anderson had to ask what it was like to be Roger Miller’s son.

“In the twenty years since he’s been gone…when people say his name, their face lights up. I haven’t heard one person say one bad thing about him…he left a legacy of joy,” he said before cracking a few jokes that left the entire room in a fit of laughter.

Anderson then asked Dean to sing his father’s biggest hit, “King of the Road” and Dean happily obliged.

Once the musical intro started, he asked everyone to snap along to the beat and showed off his funny personality by saying, “If y’all want to snap along, it’s B flat for those snapping at home.”

Dean kicked off “King of the Road,” which was written and recorded by his father in 1964. It hit number one on the country charts and has been covered by countless singers including George Jones, Randy Travis, Jerry Lee Lewis, and Glen Campbell. Merle Haggard, Willie Nelson, Marty Stuart, Dwight Yoakam, and Dolly Parton performed the song during Roger’s posthumous Country Music Hall of Fame induction at the 1995 CMA Awards.

Watch Dean’s rendition of his father’s hit below.