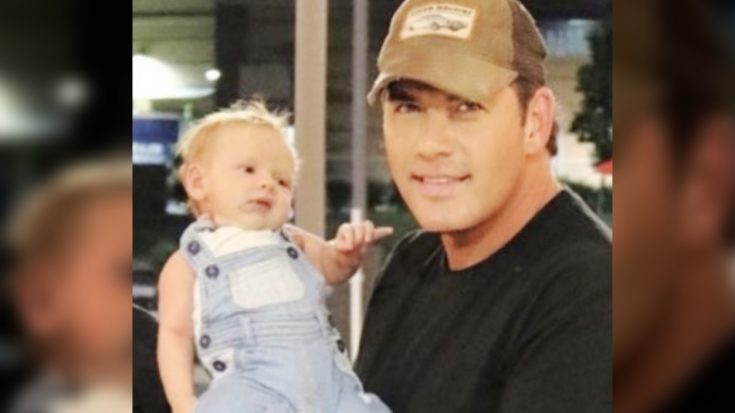 Over the weekend the “Caught Up In The Country” singer attended the Island Hopper Songwriter Festival, where he was one of the headlining acts. He performed on the final night, September 29, at Pink Shell Beach and Resort in Fort Myers, Florida.

Backstage, he gave an interview to One Country about his new family dynamic.

“Little Scout is a month old now,” the singer said. “He gave us a little scare a couple of weeks ago. I was holding him, Rose was putting Ryder down for a nap, and he stopped breathing.”

He and his wife took Scout to Vanderbilt Children’s Hospital in Nashville to get checked out, and thankfully, the one-month-old is “fine.”

Atkins said, “They checked him out, top to bottom, and ran a bunch of tests on him. It was just one of those one-time things, fortunately, that will probably never happen again.”

Even though his little boy is okay, he will never forget the moment it happened.

“I will never shake the feeling of his little body going limp. That feeling of helplessness, holding him like that, and thinking…you have to shake that off,” he said. “But he’s great now. He’s crying like crazy now.”

Neither parent mentioned anything about the incident on their social media channels, but Rose did celebrate the tiny tot’s one month birthday with a sweet Instagram post.

For now, they are counting their blessings, and monitoring Scout’s breathing and heart rate on an Owlet sock.

Watch Rodney talk about awaiting the arrival of Scout in the video below.