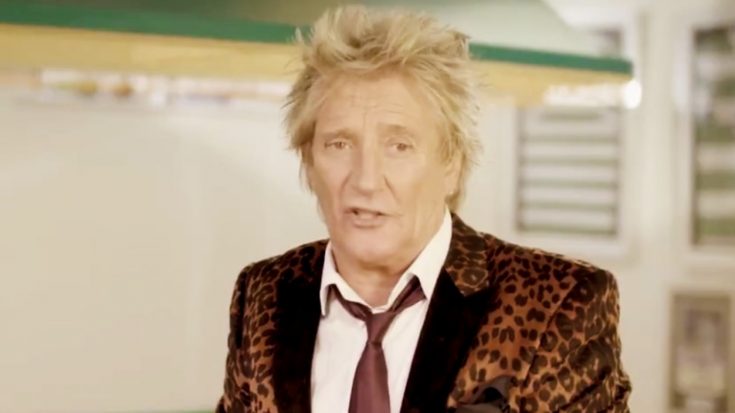 Music legend Rod Stewart is on the mend.

While appearing at a fundraising event for the organizations Prostate Project and European Tour Foundation, Stewart revealed that he had been secretly battling prostate cancer for the past three years.

He was diagnosed after a routine check-up in 2016 and been fighting it ever since. The 74-year-old entertainer told the crowd that an appointment in July 2019 confirmed he was “in the clear.”

“No one knows this, but I thought this was about time I told everybody,” the singer said. “I’m in the clear, now, simply because I caught it early. I have so many tests.”

He encouraged men to get checked regularly, saying, “Guys, you’ve got to really go to the doctor. Finger up the bum, no harm done.”

The Prostate Project tweeted their appreciation of Stewart using their fundraiser to reveal his cancer diagnosis.

The organization wrote, “Our President Tim Sharp says ‘Experience has shown what a big difference high profile celebrities can make when they ‘come out’ about their cancer. We have no doubt that Sir Rod’s decision to announce his fight with the disease will be equally effective.’”

They continued, “We are hugely grateful to him and his wife Penny for using our fundraiser to make his announcement that will benefit so many men.”

According to CNN, Stewart’s want to reveal his cancer battle came on the heels of actor and host Stephen Fry sharing his own experience beating Prostate cancer in a new campaign by Prostate Cancer UK.

Luckily, Stewart’s was caught early enough! We will pray that he stays cancer-free. Watch him perform one of his iconic songs below.