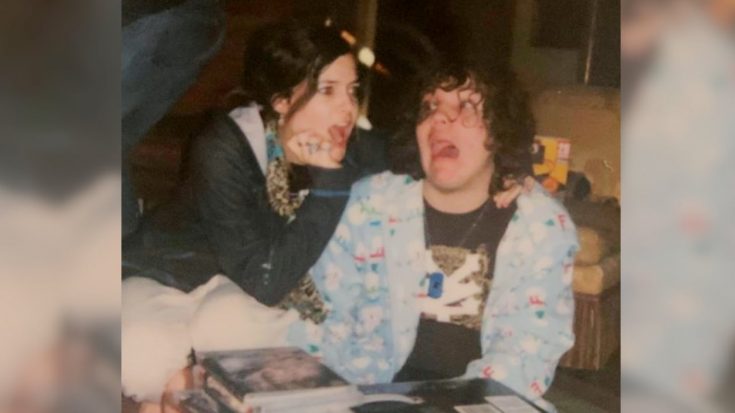 Lisa Marie Presley‘s only son, Benjamin Keough, died on July 12 at the age of 27. TMZ first broke the news about his passing, reporting, “Ben appears to have died Sunday in Calabasas from a self-inflicted gunshot wound.” His death was later classified as a suicide.

“[Lisa Marie] is completely heartbroken, inconsolable and beyond devastated but trying to stay strong for her 11-year-old twins and her oldest daughter Riley. She adored that boy. He was the love of her life,” Lisa Marie’s rep, Roger Widynowski, said in a statement provided to various media outlets.

“Mornings are the hardest. I forget you’re gone. I can’t cry because of the fear that I will never stop,” Riley wrote alongside a slideshow showcasing pictures of her and Ben through the years.

Riley has continued to mourn Ben’s death through posts on her Instagram feed and on her Instagram Story. A month after his passing, she posted two pictures of Ben including one that she captioned “angel.”

With the two month anniversary of Ben’s death approaching on September 12, Riley made another post in her brother’s memory.

She shared a picture of her and Ben when they were younger (they appear to be in their teens). The photo shows the two of them making surprised faces while sitting next to each other.

Riley kept the caption short but sweet, writing, “Two months without you. I would give anything for 1 more minute with you little brother.”

Two months without you. I would give anything for 1 more minute with you little brother 🌊 @jj_silkyhands

It’s obvious that Riley misses her brother terribly. Our hearts go out to her, Lisa Marie, and all of Ben’s family, friends, and loved ones.

Ben was never in the spotlight as much as his sisters, but he did step out to attend Elvis’ 80th Birthday party with his family in 2015. Look below to watch a video from that happier time.