Remembering Joe Diffie On What Would Have Been His 63rd Birthday 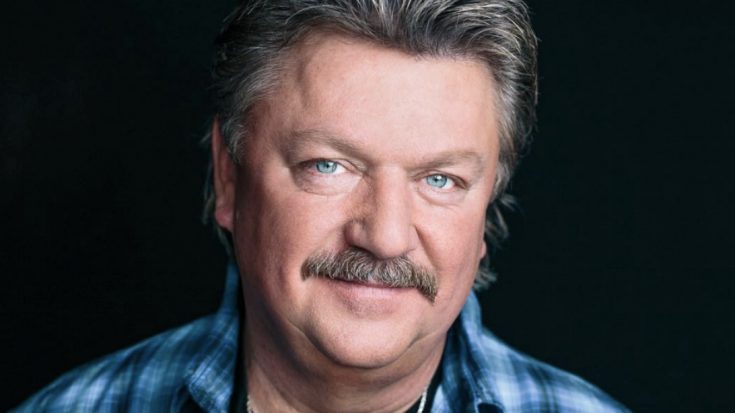 Joe Diffie, who earned the nickname Pickup Man after his song of the same name, died in March of 2020. He would have celebrated his 63rd birthday today (December 28, 2021) so it seemed only fitting that we look back on the career of the “John Deere Green” singer.

Born and raised in Tulsa, Oklahoma, Joe Diffie grew up aspiring to have a career in the medical field. But his undeniable musical talent and love of the craft led him to join a gospel group and later a bluegrass group. Diffie eventually ended up in Nashville where he worked in the Gibson Guitars warehouse, but grew discouraged when he wasn’t making any progress toward achieving his career goals.

According to Diffie’s website, he was on the verge of moving home to Oklahoma when some well-timed advice from his dad kept him going.

“The best advice I ever got was from my dad,” Diffie recalls with a smile. “He said, ‘If you don’t have a goal, you don’t have anything to shoot at. Do something every day towards your music. Write a song or play your guitar.’ I took that to heart and made sure I did something every day whether it was big or little. I remember getting out of bed one time because I had forgotten to do something towards my music. I actually got up, got my guitar and played for a few minutes and then went back to bed. I feel like that had something to do with the success that I’ve managed to achieve. I think it would apply in anything. I lived, breathed, ate and slept music all the time. I was so obsessed with it.”

His determination paid off when Holly Dunn recorded “There Goes My Heart Again” and asked Joe to sing harmony.  “I remember going to the mailbox one time and getting the first check from that song and was like, holy crap! I need to write some more songs! I hadn’t seen that much money in my whole life,” Diffie said.

It wasn’t long before Diffie had a record deal of his own and had released his debut album, A Thousand Winding Roads. His debut single, “Home” topped the charts and set him on a trajectory that would cement him as one of the greatest male voices of the ’90s. Hits such as “If the Devil Danced (In Empty Pockets),” “Prop Me Up Beside the Jukebox (If I Die),” “So Help Me Girl,” “John Deere Green,” and “Third Rock From the Sun” solidified Joe Diffie’s place in country music history.

In 1993, Joe Diffie became a member of the Grand Ole Opry and in 1998 won a Grammy Award for Best Country Collaboration with Vocals for the star-studded recording “Same Old Train” with Merle Haggard, Clint Black, Emmylou Harris, and more.

On March 27, 2020, Joe Diffie announced that he had tested positive for COVID-19. Two days later his family announced his death of complications with the virus.

On Joe Diffie’s birthday, his family honored him by sharing a series of photos and a note that read, “Today we take a moment to remember our dad the late, great Joe Diffie on his birthday. Happy birthday Dad, from all your kids!!!! We love and miss you.”

Joe Diffie’s untimely death left a gaping hole in the country music community. Thankfully, we have videos and albums to look back on to help us remember the soulful, soothing voice that was Joe Diffie. Watch Joe perform his debut single, “Home,” in the video below.