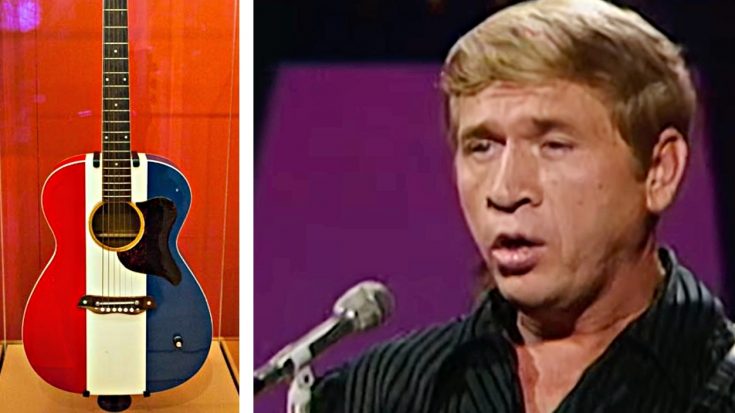 A signature red, white and blue guitar that used to belong to the legendary country music singer Buck Owens was stolen from the Oildale post office after a late-night break-in recently.

The guitar was given to the post office after Kevin McCarthy introduced a bill to rename the post off, the “Buck Owens Post Office” back in 2008 on what would have been Buck’s 79th birthday.

During the same time, they also hung a plaque up in the post office with a dedication to Buck explaining who he was to the community and the donations he gave to the post office.

Buck was known to respond to fan mail and send out autographed photos throughout the years from that post office that sits on Minner Avenue.

The guitar was hung on display in the front window to honor Buck and the life he lived.

Now, unfortunately, there’s just an empty case that sits there in the window without the iconic country singer’s guitar.

According to the Kern County Sheriff’s Office, two suspects were caught on camera breaking into the post office wearing hooded sweatshirts and face masks.

In addition to the guitar, they also stole mail packages and then speed off into the night in a dark-colored SUV.

This just recently happened and is still a developing story that will be updated with more information as it becomes available. In the meantime, listen to one of Buck’s all-time great songs “Streets Of Bakersfield,” in the video below.