Remember When Willie Nelson Chopped Off His Braids & Didn’t Tell Anyone? 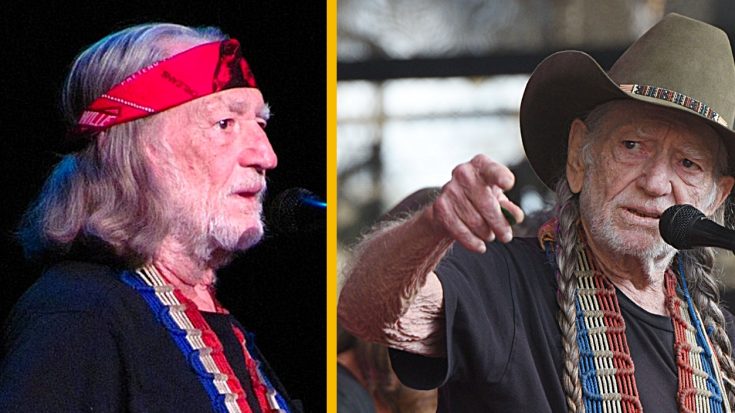 In May 2010, Willie Nelson made headlines after performing at Maui music venue Charley’s with his youngest son Micah’s band, The Reflectacles. Although the performance itself was awesome, and a surprise, that’s not why everyone was talking about it.

You can see the collaboration below.

It made headlines because Willie was sporting a shorter hairstyle, ditching his trademark long braids, which he had been rocking for over three decades.

Over 60 years of singing

Today his is 86th birthday pic.twitter.com/SOgd3irZiN

According to New York Daily News, he told Stuff Magazine in 2007, “There have been a couple of times I’ve run into people who have requested that I cut my hair, but I’m not going to do it. Not for a movie or anything. You know, I might decide I don’t like it one day and cut if all off, but I wouldn’t do it just because that’s what somebody wanted me to do.“

Willie’s spokeswoman Elaine Schock said that the country legend cut his hair in the weeks leading up to the Charley’s performance, and likely did it because shorter hair is easier to maintain.

He’s since grown it back out, but who’s to say he won’t make that drastic change again? We obviously love Willie no matter what kind of hairstyle he rocks!

Listen to “My Favorite Picture Of You,” the second new song from ‘Ride Me Back Home’ and pre-add the album now on @applemusic https://t.co/tnwdzhlFrM pic.twitter.com/6IASTHCiki

Watch one of his most recent performance in the video below.