Remember When Garth Brooks Walked Out Of The Super Bowl? 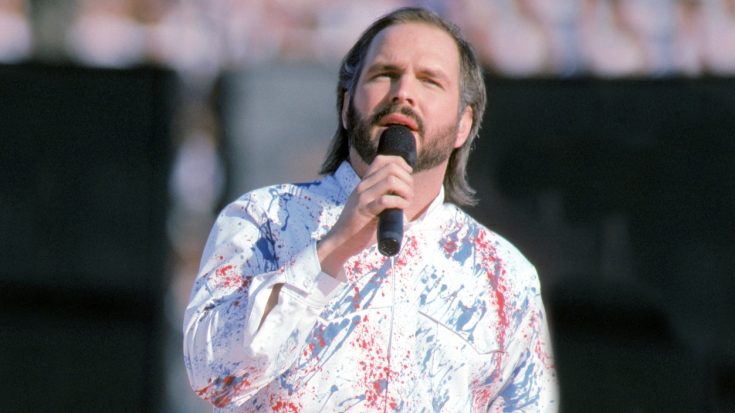 Many a country singer have stood at the 50-yard line of the biggest sports game of the year to sing “The Star-Spangled Banner.” Most recently, Luke Bryan represented country music at Super Bowl 51 in 2017.

Over the years, Charley Pride, Faith Hill, the Dixie Chicks, Kelly Clarkson, Carrie Underwood, and Garth Brooks have all sung the National Anthem before Super Bowl games. But, do you all remember when Brooks almost didn’t perform?

In 1993, Brooks was chosen as the National Anthem performer prior to Super Bowl 27 between the Buffalo Bills and the Dallas Cowboys at the Rose Bowl Stadium in Pasadena, California.

Because of the huge audience the Super Bowl draws in, Brooks asked NBC to play his music video for his song “We Shall Be Free.” He wrote it in response to the LA Riots after the Rodney King verdict in 1993. Along with many celebrity cameos, the video featured footage of riots, the KKK, wars, flag burnings, and more. NBC deemed the video too controversial and told Brooks they wouldn’t air the video.

Just one hour before he was supposed to sing, Brooks left the stadium and refused to perform the National Anthem if they weren’t going to air his video. He didn’t pre-record anything, so producers went scrambling looking for a backup. A couple producers spotted Jon Bon Jovi in the crowd, so they had him on standby while they tried to coax the “Friends In Low Places” singer back.

While NBC was ready to go forward with Bon Jovi, the NFL did something they have never done before – they delayed kickoff to make time for the ‘We Shall Be Free” video.

With that, Brooks returned and sang the National Anthem as planned. He stood on a platform with Academy Award-winning actress Marlee Matlin signing ASL next to him and performed “The Star-Spangled Banner.”

Brooks’ walk-out made history in more ways than one. Not only was he the first person to do so at the Super Bowl, after his performance, the NFL made it a requirement for the National Anthem singers to pre-record their performances just in case.

Let us know if you remember watching this! Watch his performance below.