Reba Weighs In On “Bro-Country” 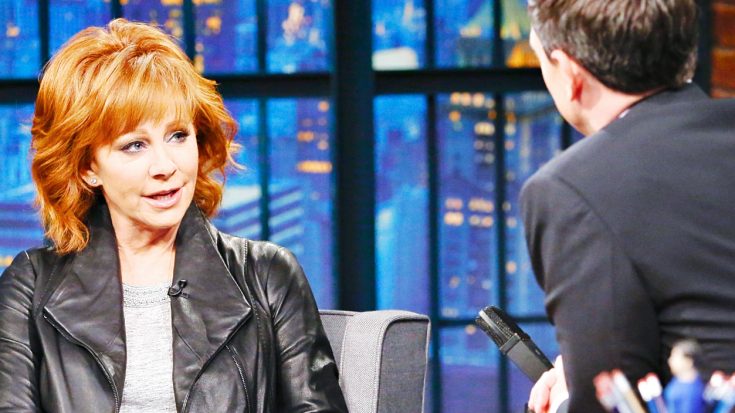 Reba McEntire is known for her fun-loving personality. But in a recent interview with the Washington Post, she opened up about being one of the biggest female artists in the industry and got serious about the one thing in country music she wishes would go away…

You Don’t Have to Be The Best To Win

Reba opened her interview by giving some very note-worthy advice: “You don’t have to be the best.”

Reba continued to explain that, “You have to have that special something that connects with the audience.” And Reba definitely has that. She has helped fans through some tough times and is always willing to go the extra mile to make their day.

Gotta Have Drive To Survive

Reba might be a total goof-ball at times, but she is also one of the most driven women in the music industry. She seizes every opportunity that comes her way and remembers what counts in any job: a good work ethic.

Outside of singing, she’s taken on many different roles including acting in the 1990s Sci-Fi film, Tremors as well as starring on her own hit T.V. show, Reba. No wonder she has become as big of a celebrity as she has!

Reba McEntire and Michael Gross in 'Tremors' are my jam. pic.twitter.com/Uxl8DLScR8

The One Thing That Has To Go

Throughout all of it – the ups and the downs – Reba has held her head up high and faced anything country music threw at her with empowering grace. But there is one thing Reba, as well as many older country artists and female musicians, would like to see hung up for good: bro-country.

“Bro-country” has recently become a popular sub-category over the past few years. It mixes hip-hop, country, and electronic music while focusing on topics like attractive women, drinking, partying, and pickup trucks.

Many artists have tried to fight the trend, and one female duo, Maddie and Tae, even wrote a song about how “Conway and George Strait/Never did it this way.”

As for the singers who paved the way for this new generation of country artists, they don’t seem to be too happy either.

Reba explained to Scott Borchetta of Big Machine Records that the “radio doesn’t want to play me anymore…this ‘bro’ thing has lasted a lot longer than I thought it would. I’m ready for it to change.”

To help Reba and other talented artists find a platform to what many have dubbed as “real country,” Borchetta launched Nash Icon Radio which focuses on playing and promoting music from the 80s & 90s.

So sit back, relax and remember that while “bro country” might be a new thing – we will always have Reba’s songs to get us through the day. You can watch her 2010 hit below as she reminds us to “Turn On Your Radio.”