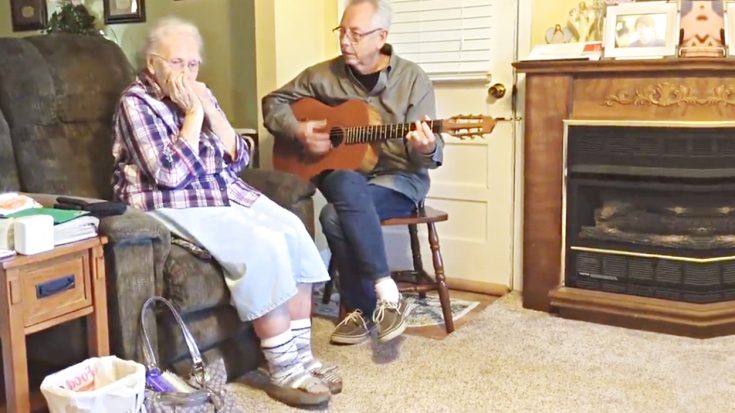 Buddy Cannon of Lexington, Tennessee has been one of the most influential songwriters of our time. After watching his mother perform an angelic version of “Silent Night” on the harmonica, we now know where he gets his talent…

A Song For The Stars

Cannon might not be the frontman of any famous country bands, but name your favorite artists and he’s probably written a song for them. He’s worked with stars like Bill Anderson, Jamey Johnson, George Strait, Billy Ray Cyrus, Reba McEntire, Willie Nelson, Merle Haggard and even the Possum himself! And that is just the short list.

His Mama Writes Too!

And Cannon isn’t the only one in the family who has talent! His mom, Lyndel Rhodes helped write “Little House on the Hill” which Willie Nelson later recorded.

And while Lyndel Rhodes is a talented singer and writer – her harmonica playing skills are absolutely mind-blowing. She’s taken on classics like “You Are My Sunshine” and “Tennessee Waltz” flawlessly from the comfort of her living room.

All of her covers are a beautiful reminder of what music means to the lives it touches. With the holidays coming up, her “Silent Night” performance is sure to strike a chord in every heart that hears it. Tapping her foot away, she plays her harmonica alongside her loving son. It is the moments like this that remind us what this season is all about.

You can watch the heavenly duet below and let us know what you think in the comments.