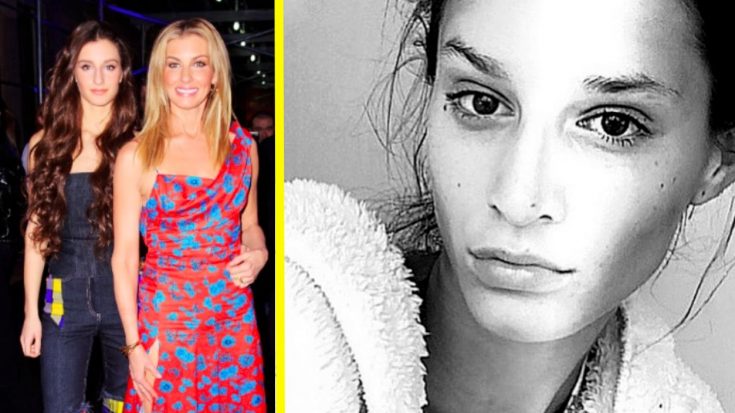 Tim McGraw and Faith Hill have worked tirelessly to shield their three daughters from the spotlight. Throughout their childhoods, fans only got the chance to see a few select snapshots of Gracie, Maggie, and Audrey.

As the years have passed and the girls have grown, Tim and Faith have been more willing to introduce them to the public. They’ve attended events with their daughters, and have started sharing more photos of them from both their younger and current years.

In more recent times, Tim and Faith have started to showcase Gracie and Maggie on their various social media accounts, usually on their birthdays or during vacations.

They’ve even allowed both girls to perform onstage at their shows, and fans always get a kick out of watching them sing.

Gracie and Maggie are currently both in college, which is perhaps why Tim and Faith have felt more comfortable sharing pieces of their lives with the world. After all, they are all grown up now!

But their youngest, Audrey, still lives at home, and because of this, Tim and Faith have been a bit more protective of her. That’s why it came as a huge surprise when she stepped out with her mom to attend a major event.

On December 2, 2018 Faith appeared at the Versace Pre-Fall 2019 Collection showcase with a special date in tow…Audrey. The two were photographed at the event, but it’s been so long since anyone’s seen Audrey that those who didn’t attend weren’t certain who she was!

She sure grew up fast!

Faith had posted a photo of the two of them at the event, but didn’t say in the caption that she was with Audrey. So the picture flew by a lot of people, with many likely assuming that the brunette beauty was just a friend of Faith’s.

A few days later, it was actually Tim who confirmed that the beautiful girl next to his wife in the above photo was none other than Audrey.

It turns out that Audrey’s 17th birthday was on December 6, 2018. In honor of his baby girl’s special day, Tim shared some rare photos of her throughout various stages of her life.

The first photo shows Tim snuggling up with a baby Audrey, with most of the following snapshots being from her early childhood years. But the final photo he shared is the same one Faith posted a few days prior, proving that is Audrey standing next to her.

17 years ago This little precious jewel came almost 8 weeks early to us!! So tiny, but so strong! Her mom , her sisters and I love her endlessly….. she is our baby girl and she has grown into an incredibly smart, beautiful and powerful young woman who will be a light in the world!! Happy Birthday Audrey Caroline McGraw… You are loved beyond measure… Dad

Tim and Faith’s little girl is all grown up and gorgeous!

In 2014, a few lucky folks got the chance to hear Audrey showcase her own singing talent during a VIP pre-show at one of Tim’s concerts. She performed the Dixie Chicks‘ “Travelin’ Soldier,” and amazed everyone watching. You can catch that performance below.

Audrey sure has changed a lot since this video was filmed just a few short years ago. Oh how time flies!