Emotions Take Over During Reba’s Farewell Tribute At Bush Funeral 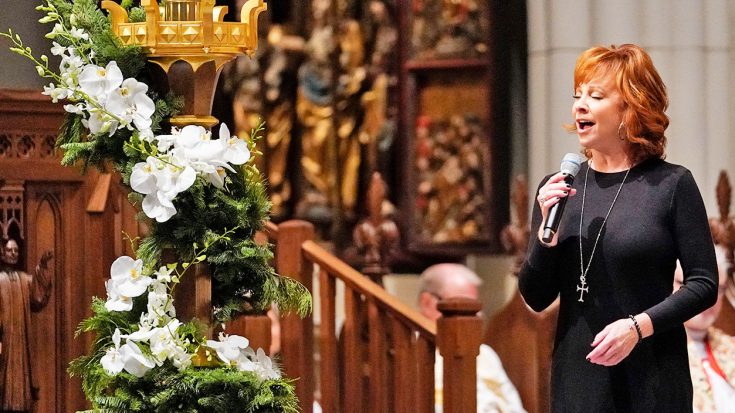 It was a mournful day for America as we said goodbye to our 41st president, George H.W. Bush on November 30th. Bush lived an eventful life as he fought in WWII and spent plenty of time in the political spotlight from Congressman to Vice President and eventually President. As his legacy will be remembered forever, his funeral took place December 5th. In honor of the vet, Reba McEntire took the floor to sing “The Lord’s Prayer” before his burial.

George H.W. Bush was laid to rest in Houston, Texas. His service took place at the Houston church where he and his wife, Barbara spent half a century together worshipping. As friends and family gathered to celebrate Bush’s life, several athletes and country singers shuffled in to show their love as well. McEntire and the Oak Ridge Boys were the only talents asked to perform at the service.

McEntire shared a close relationship with the Bush family, especially with the late Barbara Bush and husband. After her passing, McEntire sent her deepest condolences to the Bush family during their difficult time.  Thursday morning, the country icon yet again went on to honor another member of the family.

Former First Lady Barbara Bush is celebrating her 91st birthday with her family in Maine.She and former President…

Reba stepped before the guests to sing her tribute for the President. Beginning the song, McEntire found herself chocked up as she mourned the loss of her dear friend. George W. Bush who sat in the front row alongside his siblings was overwhelmed with emotion as he wiped tears from his eyes during her heartfelt performance. The graceful tribute was a beautiful way to send off the president as Americans everywhere said their farewells.

McEntire expressed her emotions after the tribute,

“It was an honor and privilege to sing at President George H.W. Bush’s funeral this morning. He was a great friend and leader and I will never forget the time we shared together.”

Everyone in the country music business was so honored when President and Mrs. Bush joined us at the @cma awards. #greatpresident #greatfriend

We express our deepest condolences to the friends and family of the Bush family. May George H.W. Bush rest in peace alongside his wife, Barbara.