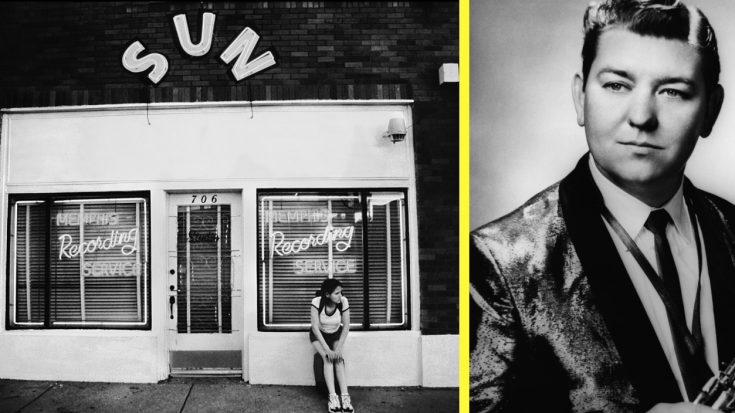 Truly an incredible hitmaker of his time, this beloved Sun Records legend led an amazing career over the course of more than 50 years. Sadly, he passed away recently at the age of 84…

Born as John Cannon in 1934, this unmatched musician would become famous in a multitude of ways and folks began calling him “Ace” – a name that stuck and became the only name anyone knew him by.

A naturally-gifted singer and saxophone player, Ace Cannon began his career as a session musician for Sun Records and a major part of Hi Records. Called “The Godfather of the Sax” Cannon is lauded as one of the most prolific and skilled saxophone players of all time.

Throughout his career, he released 38 singles and 27 studio albums in just two decades. His signature song and first solo hit “Tuff” hit the charts in 1961 and became a Top 20 hit on Billboard’s U.S. Hot 100.

“He was one of Memphis’ premiere horn players. He had a sound that was unmatched in music when you think about it. He was rock ‘n’ roll saxophone,” the owner of Royal Studios and Hi Records told Commercial Appeal.

Cannon, who played for his entire life, was inducted into the Rockabilly Hall of Fame and continued recording and performing even into his 70s. A Grammy Award nominee, he earned nods for his brilliant saxophone covers of “Blue Eyes Crying in the Rain” and “Goin’ Back to Memphis.”

He continued to tour alongside some of Memphis’ best musicians of his era like Carl Perkins and Sonny Burgess and was part of several revues based on Sun Records.

It is with profound sadness that I announce the passing of the Godfather of Sax, Ace Cannon.

It is with deep sadness that the world of music mourns the passing of such a legendary man and contributor to one of the most historic recording studios in all of country music.

Funeral arrangements for Cannon have not been announced yet.

Our thoughts and prayers are with all of Ace Cannon’s family, friends, and endless number of fans as they endure this difficult time.