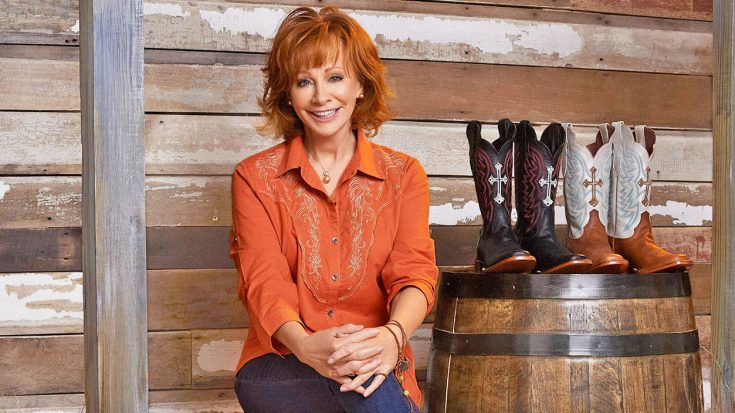 Our favorite red-head beauty is back in the studio and she’s gettin’ real country y’all! Reba‘s new album, Stronger Than The Truth will unveil her countryside fans have been waiting for. This album will be a change of pace for the singer from her 2017 gospel album, Sing It Now: Songs of Faith and Hope. While the album hasn’t been released yet, she is giving us a few songs to fall in love with in the meantime.

Stronger Than The Truth is Reba’s 29th studio album – set to release April 5, 2019. The singer admitted that this will be “the most country record I’ve done in a long time.” While waiting for the spring arrival, Reba gave fans a glimpse into what they can expect from her newest project. Her first released song, “Stronger Than The Truth” told the story of heartbreak and pain.

Have you pre-ordered your copy of Reba’s new album STRONGER THAN THE TRUTH? https://reba.lnk.to/STTTD2C

Switching gears, Reba dropped another song on Feb. 22 with a feel-good upbeat sound. The sassy tune, “No U In Oklahoma” showcased Reba’s deep country roots with a traditional sound.

“You put the ‘T’ for ‘tears’ in Texas / ‘S’ for ‘sad’ in Saint Louis / our reckless travels led us to the state of misery / I cried clear ‘cross Carolina,” Reba sings, accompanied by the twangy sound of banjos and steel guitars, “There’s no ‘U’ in Oklahoma, and that’s okay with me.”

The Oklahoma-native shared a behind-the-scenes video of her recording “No U In Oklahoma.” Her peppy charisma and charming personality proved just why she was the perfect one for this breakup anthem! She greets fans with,

“Ooooh, we’ve got a treat for ya now! A little Ronnie Dunn Reba McEntire song.”

She continued that she was pitched the idea for the tune years ago but it looks like timing took its toll. Now, with her newest album bleeding country, it was the perfect fit.

You can listen to Reba’s newest song, “No U In Oklahoma” below!