Reba Opens Up To Dolly About Moving On From Divorce 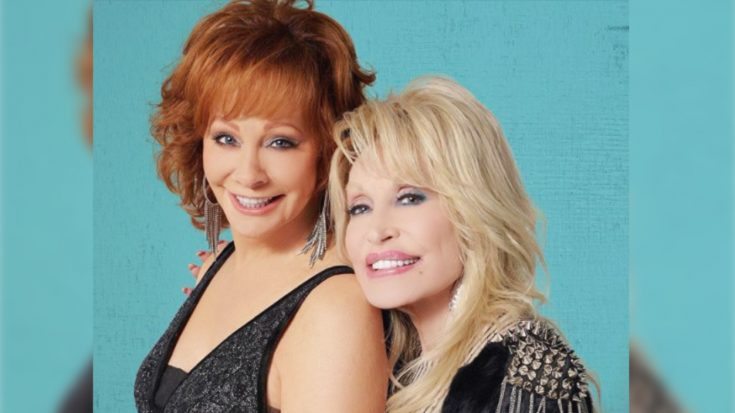 In an episode of Reba McEntire’s new podcast, Living & Learning With Reba, she gets candid with her guest and friend Dolly Parton about her 2015 divorce from Narvel Blackstock.

Reba admitted she never wanted the divorce to begin with, it was not her choice, and she had to figure out a way to move on. Sharing the life-altering moment with Dolly, she said, “When the three people who were literally taking care of me and my company, my career, left me… I had to, what the hell am I gonna do? And so it was kind of a, as I call it, ‘come to Jesus’ meeting. And I had to gather my wherewithal, put my feelings aside, and go forward.”

She continued to share that the forged path she was on, was not the path she wanted to be on, but she knew she had to do it, not only for her herself, but for her band, crew, and organization. Reba shared, “I had to say, ‘Okay, this has happened. We all know what’s happened, ’cause you were all involved. Now we’ve got to move forward.'”

With a friendship that’s lasted over 40 years, @reba and I always have a lot to talk about! I am honored to be a guest on her brand new podcast “Living & Learning with Reba McEntire” ❤️ Listen now on @spotify!

When Reba and Narvel announced their divorce in 2015 after 26 years of marriage, the two of them agreed to continue their professional relationship. Narvel served as Reba’s manager since before they were married and continued in the years following.

However, in March 2016, Reba announced that she was going to serve as her own manager and Narvel was no longer managing her career.

After originally saying at the time she felt it was a good time to break free of management, Reba later confessed in an interview with The Contributor that she never wanted to become her own manger and was basically forced to. “I was pretty much forced to do it,” she said. “It wasn’t my choice to take over my career as manager. I didn’t see it coming, but you know, that’s life.”

Reba is such an inspirational and strong role model!

Watch the clip of Reba McEntire and Melissa Peterman promoting her podcast below.